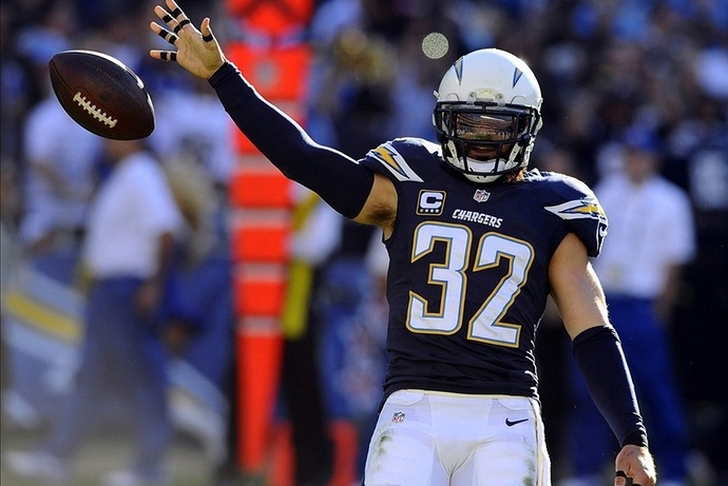 NFL Free Agency is officially here, and the next few days will feature a few Oakland Raiders rumors. The Raiders have been very active early, and they might not be done yet. With that in mind, here are all of the interesting rumors and news tidbits on the Raiders.

Eric Weddle Update
Weddle is arguably the top free agent left on the market, and the Raiders would love to add him to their secondary. There are four teams in the mix for Weddle and the Raiders are likely one of them. While Weddle is taking his time, Pro Football Talk reports clarity on where Weddle ends up will be coming next week. Weddle will narrow down his list to two at some point soon, and then he'll sign. Weddle will continue to try to keep the teams that are interested in him a secret. However, it appears those teams are the Ravens, Steelers, Cowboys and Raiders.

Donald Penn Situation
Penn is still a free agent, but there hasn't been much movement on his market. The Raiders want to bring him back, but the Seahawks have also looked into Penn. Penn, and a few other offensive linemen like Kevlin Beachum, are likely waiting for Russell Okung to sign. Penn should pick his destination not long after that. The Raiders remain in a good position to keep Penn.

The Seahawks could lose Russell Okung, and they are bringing in OT J'Marcus Webb for a visit, according to Webb's twitter account.

Webb can play both tackle and guard, which would help Seattle after the loss of J.R. Sweezy. However, Webb hasn't been great at either position and he'd be a downgrade from Okung at tackle. Oakland doesn't need Webb, as Kelechi Osemele is a massive upgrade. If the team brings back Penn, they won't need Webb at all.