Latavius Murray: "My Main Focus Is Being Productive With The Touches I'm Given" 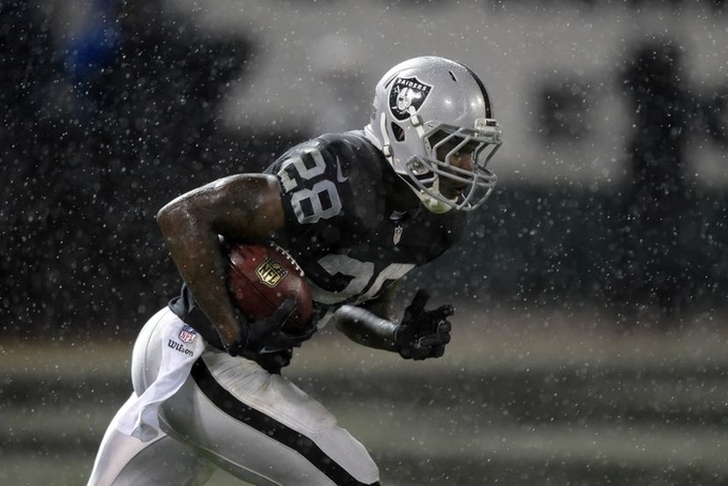 Oakland Raiders running back Latavius Murray remains a popular fantasy football play, especially in PPR leagues given the amount of snaps (66.6% so far) that he's been involved in for the Raiders offense. He hasn't yet had a breakout game like the one he had in the Raiders' first 2014 NFL regular season win against the Kansas City Chiefs.

However, Murray isn't sweating that heading into the team's first road game of the 2015 season against the Cleveland Browns this Sunday.

“You never know when it will happen, but I would obviously love the ball in my hands more, as any offensive player would,” Murray said, via CSN Bay Area. “My main focus is being productive with the touches I’m given. I want to break some long ones and create some explosive plays. You’re not going to have that every time, but you have to keep working on them.”

Murray has had 18 touches in both games this season.

Raiders QB Derek Carr expects Murray to be fed the ball more by new offensive coordinator Bill Musgrave as the flow of games and matchups dictate.

“It depends on what kind of defenses they’re playing, what kinds of packages they have on the field and those types of things,” Carr said. “There are definitely times where we’re going to give the ball to him 40 times. I’m good with that. As long as we win, I don’t care what we do.”

Follow our Oakland Raiders team page for all of the latest Raiders news!