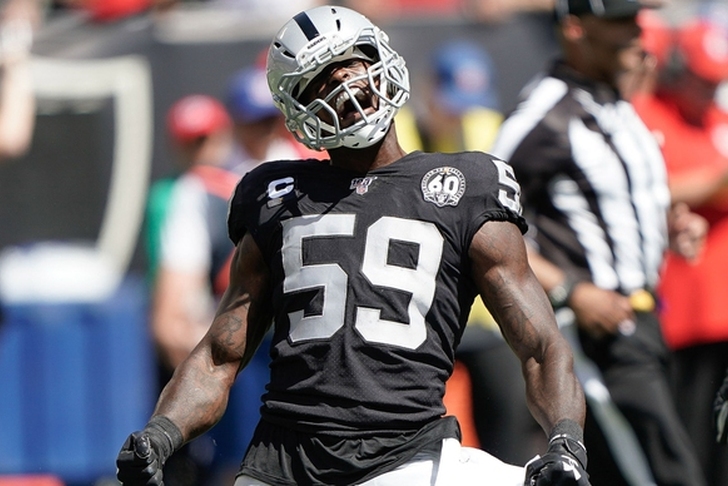 Tahir Whitehead was set to make $7.3 million in the 2020 season. Over the last two seasons, Whitehead has started every game and has recorded back-to-back 100 tackle seasons with one interception and one forced fumble. The Raiders could look to add depth in the linebacker position in NFL Free Agency or in the 2020 NFL Draft.

If you're SUBSCRIBED to our YouTube Channel, this news was no surprise for you! Stay up-to-date on all the latest NFL Rumors, news & free agency targets and yes... BREAKING NEWS! Subscribe to the Las Vegas Raiders Report on YouTube! CLICK THE BUTTON BELOW!

The Las Vegas Raiders now have just over $56 million in cap space heading into the 2020 NFL season. Cory Littleton, Joe Schobert or Blake Martinez could be possible options to sign in free agency. If the Raiders choose to look to the NFL Draft, Isaiah Simmons, Kenneth Murray and Patrick Queens could be taken with the Raiders #19 pick.