Las Vegas Mayor All But Guarantees Raiders Move To Nevada 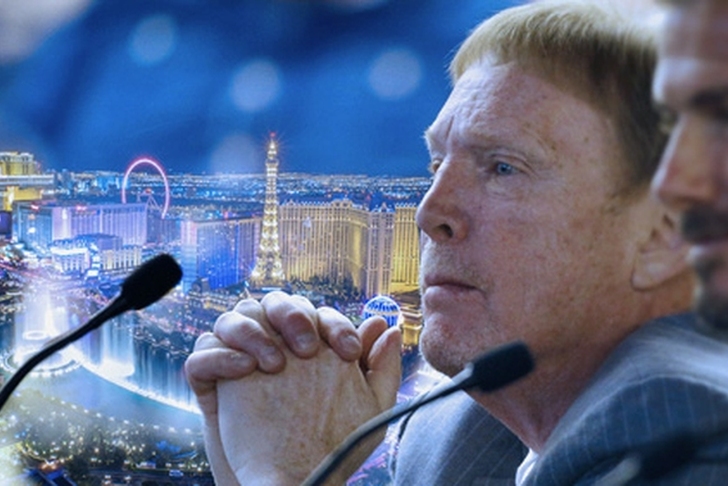 The Oakland Raiders appear to be on the brink of moving to Nevada.

At least, that's what Las Vegas mayor Carolyn Goodman would have you believe. In an ESPN radio interview Tuesday morning, Goodman said the Raiders "will come if Nevada handles this properly." She later added this assurance: "I know (Vegas) will have a team."

Is the mayor being overly confident? Let's look at the facts. Raiders owner Mark Davis has already pledged $500 million toward the construction of a $1.4 billion, 65,000-seat stadium in the desert. The Sands and partnering business Majestic Realty have pledged $150 million, leaving tourist taxes to cover the remaining $750 million needed.

That last one is the kicker, as the Nevada Legislature would have to approve diverting a good chunk of those funds. But Goodman claims she is "getting calls from outside the region offering to help with funding."

In the funding goes through, NFL owners would have to approve the relocation with 24 out of 32 voting in favor. The Chargers are the only other team that could potentially make the move to Vegas, though sharing the Rams' L.A. stadium and staying in San Diego are currently higher on the team's priority list.