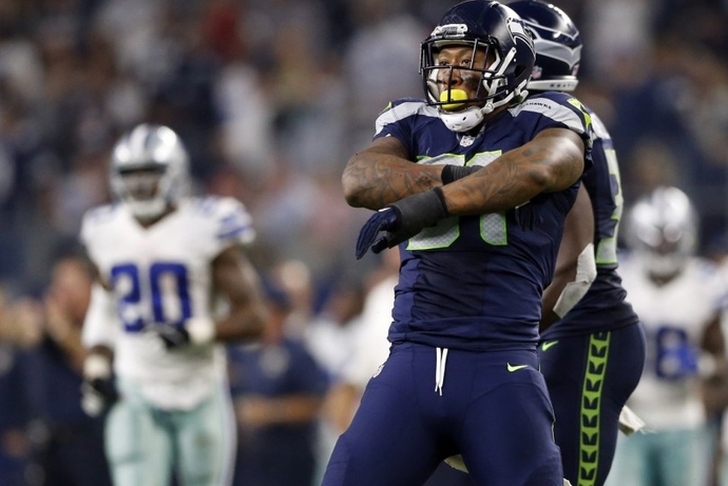 NFL Free Agency isn't technically over yet, but the vast majority of the notable players are off the market. One team this is likely done making moves until the NFL Draft is the Oakland Raiders. General manager Reggie McKenzie made a few big moves this offseason and landed several talented players.

These grades include trades, retirements, signings, re-signings and releases. With that in mind, here's our free agency grade for the Raiders.

Irvin, Smith and Osemele were three of the best free agents on the market and the Raiders landed all three. Even better, they signed fair deals. Smith's four-year, $40 million looks even better after Janoris Jenkins landed $62.5 million over five years. Bringing back Penn was a big move, and he signed a team-friendly deal after waiting awhile to re-sign. Holmes wasn't a massive addition, but keeping him was a solid move. King is one of the better punters in the NFL and there's nothing wrong with locking him up. Few teams added as much top-flight talent as the Raiders did.

The biggest losses are the retirements of Woodson and Tuck, and the Raiders haven't really replaced them yet. Woodson's retirement really hurts the Raiders at safety. Lofton was cut after struggling and the Raiders will be okay without him. Mayowa could have been kept if the Raiders had placed a higher tag on him. Streater made the occasional play, but the Raiders didn't need him. With Osemele in town, there was no need to keep Webb. Not listed here is OLB Aldon Smith, who has yet to re-sign. However, the Raiders are still the favorites to land him.

Grade: A
The Raiders had plenty of cap space to spend and spent it wisely. The Raiders added plenty of talent, and on front-loaded, fair contract. As a bonus, the Raiders locked up WR Michael Crabtree to a four-year, $34 million deal. Given the wild contracts other WRs got this offseason, Crabtree's deal looks like a steal. The only thing the Raiders haven't done this offseason is upgrade at safety. That's a major position of need and it's what prevents them from getting an A+. Still, this free agency was a massive success for the Raiders.