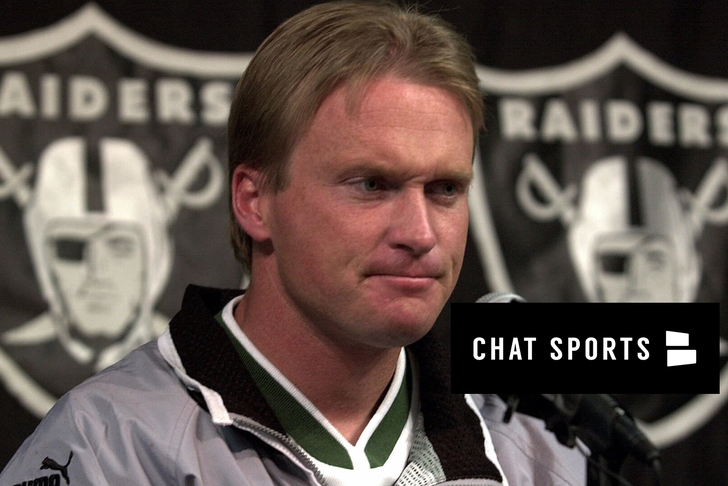 It's a return for Gruden, who coached the Raiders from 1998-2001 before being traded to the Tampa Bay Buccaneers, where he won a Super Bowl. He hasn't coached in the NFL since 2008, despite rumors seemingly every year. But at long last, it appears the Grumors will finally come true. Gruden was reportedly Oakland's top target and they plan to offer him an ownership stake in the team.

Follow our Oakland Raiders team page for all the latest Raiders coaching rumors or download the Chat Sports App!

Per the NFL's Rooney Rule, the Raiders must interview at least one minority candidate. It's unclear who that will be, or if the Raiders will "interview" anyone else.

NOW READ: 3 Players The Raiders Should Target In The First Round Of The NFL Draft