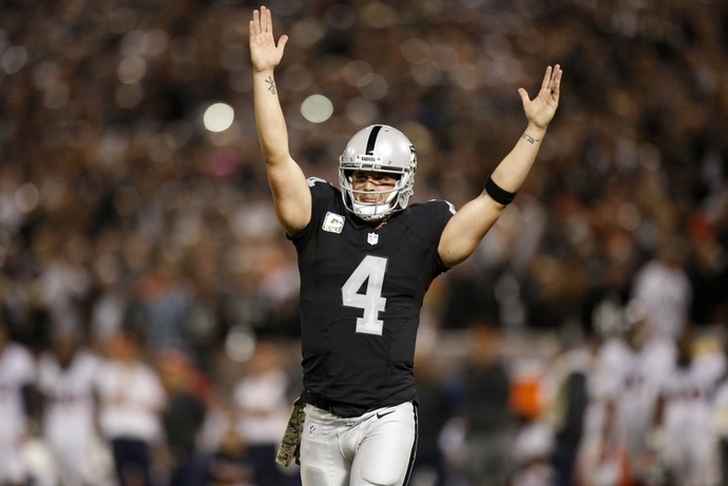 Oakland Raiders QB Derek Carr is waiting for a new contract. His contract is up after the 2017 season and both sides have said they want Carr locked up long-term. Although discussion haven't gone anywhere yet, Carr remains confident a deal will get done.

"I have an agent who is in charge of that and I am confident that he and Mr. [Reggie] McKenzie will work it out. I am only focused on becoming a better football player and helping my teammates become better players," Carr told the Sacramento Bee. "I have complete faith it will get done before training camp. These things take time. The Raiders know I want to be here; this is my family, and I know they want me to be their quarterback."

Carr's comments come after a report from NFL.com that said the QB was frustrated by the pace of the contract discussions. Namely, that the Raiders hadn't even begun discussions on a new deal yet.

When Carr gets a new deal (and it'd be a massive shock if he didn't soon), it will be among the largest in the NFL. The measuring stick will be the one Andrew Luck signed with the Indianapolis Colts: five years, $123 million with $87 million guaranteed.