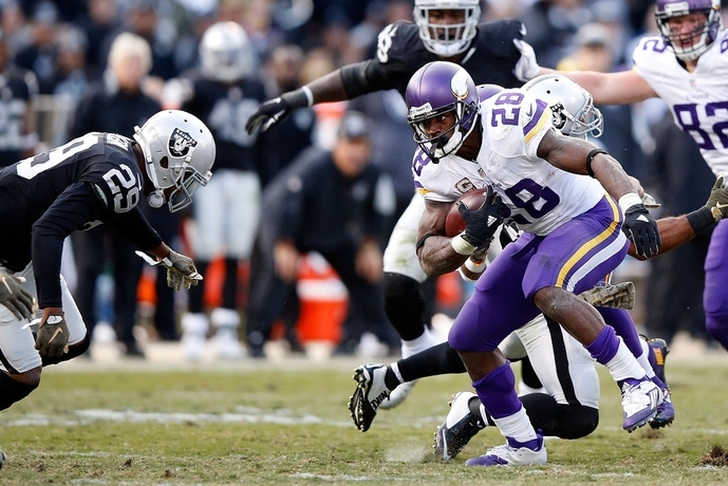 The Minnesota Vikings are expected to part ways with All-Pro running back Adrian Peterson this offseason, making him perhaps the most sought-after player on the open market. His contract will pay him $18 million for the upcoming season, and since he is coming off of knee surgery, will be 32 years old next season and Minnesota's change to a shotgun offense, the Vikings want to part ways with him.

Peterson has said that he would be interested in signing with the Buccaneers, Giants or Texans as a free agent, but only one of those teams are among the betting favorites to land him.

BookMaker.eu released betting odds on the team the Peterson will be playing for in Week 1 of the 2017 season, and the Oakland Raiders surprisingly have the third-best odds of any single team.

Oakland is expected to let starting running back Latavius Murray test free agency, creating a need at the position. However, they are expected to use their cap space to upgrade their secondary and add a running back through the draft.