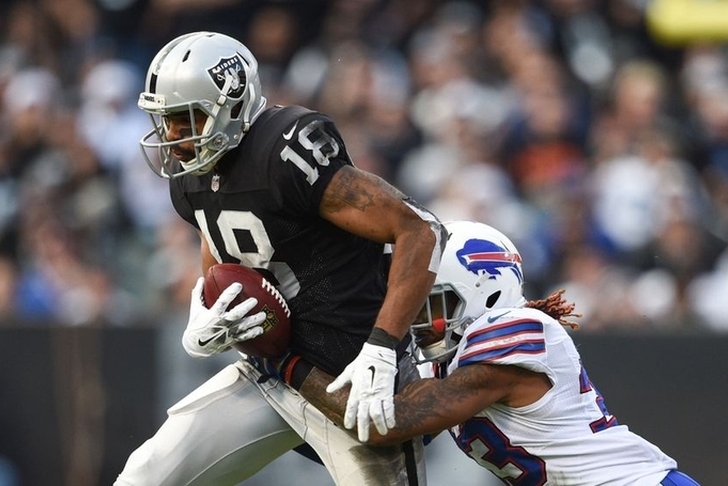 The Oakland Raiders will be without wide receiver Andre Holmes for an extended period following a hand injury suffered during Sunday's practice, per a report by ESPN's Adam Schefter:

During practice Sunday, Raiders' WR Andre Holmes fractured his hand and now is expected to be out 3-4 weeks, sources tell ESPN.

This injury puts him right on the cutoff for returning in time for Week 1 of the regular season. Holmes hauled in 47 passes for 693 yards and four touchdowns last year, showcasing flashes of home-run threat potential here and there during the 2014 campaign.

Holmes, 27, was listed as a starter on the Oakland Raiders' first depth chart of the preseason.