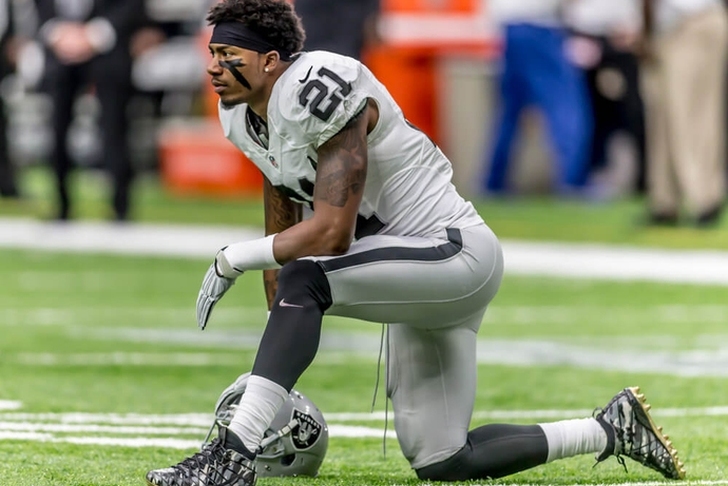 The Raiders rumors surrounding the future of cornerback Sean Smith and the Oakland Raiders has been cloudy this offseason. The Raiders released Smith today which wasn't a huge surprise considering his release would free up $8.5 million in cap space, without costing the Raiders any dead cap space. Shortly after his release the LA Times' Nathan Fenno reported that Smith will plead guilty Tuesday to a felony count of assault with great bodily injury related to an altercation in Pasadena last year. As part of Smith's plea agreement, he will be sentenced to one year in prison and three years of probation.

Smith was charged with assault back in August for allegedly beating and stomping on the head of his sister's boyfriend on the morning of July 4, 2017. Smith pleaded his innocence at this time and a warrant was filed on August 16th.

If the Raiders cornerback wouldn't have pleaded guilty he could have faced up to seven years in jail. Smith's NFL future will be put on hold, but after a poor 2017 season, it would be surprising to see an NFL team take a shot on him after he is released.

This is a developing story, refresh for updates