What Position Should The Raiders Address First In The 2015 NFL Draft? 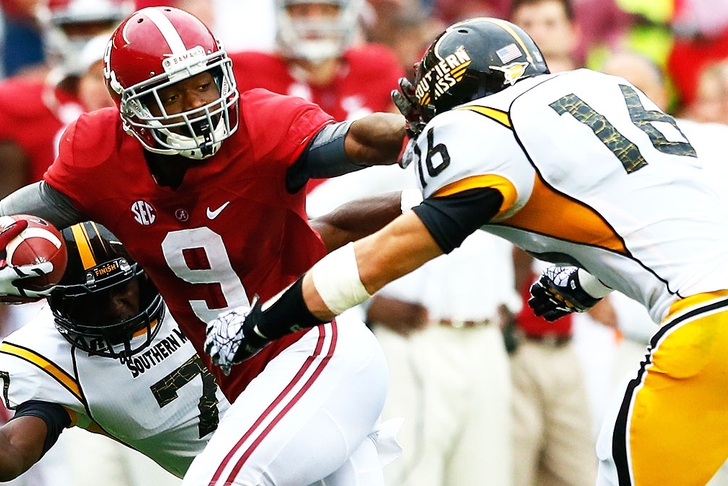 The Oakland Raiders still have over half of the 2014 NFL season left to attend to, but the team's 0-7 record already has some folks thinking about what areas the team needs to address in the 2015 NFL Draft.

In a mailbag for ESPN.com, writer Bill Williamson answered a reader's question regarding what position the Raiders should look at first come next year's draft festivities:

Well, it’s obviously early to discuss the draft. There will be a lot to consider, starting with who will be making the decisions in the draft for the Raiders and where they will be picking. But for starters, I think the Raiders should first look at receiver (a guy such as Alabama’s Amari Cooper stands) and consider the best defensive players. It appears Oakland will be getting another very high pick, so there is a chance to add big talent to a roster that badly needs it.

With Derek Carr entrenched as the team's quarterback of the future, it is unlikely that the Raiders will use a pick on a quarterback such as Oregon's Marcus Mariota. With the need for big-play receivers to surround Carr with, don't be surprised if Cooper is the way the Raiders go come draft day.