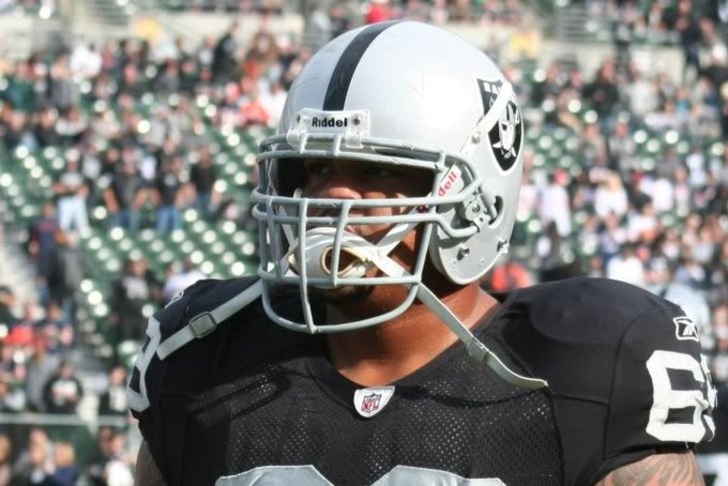 It's been a rougher-than-usual year for Raiders fans. Despite the encouraging play of QB Derek Carr, the less-than-stellar performances of pretty much everyone else on the roster (Charles Woodson and Sebastian Janikowski have been okay, if you want to get picky about it) have left Oakland facing an 0-8 record going into Sunday's game against Peyton Manning and the Broncos.

On their first drive of the second half, the Raiders offensive line collapsed, and Carr decided to flip a shovel pass to his ineligible RT Khalif Barnes...who pretty clearly was not expecting to have to touch the football today. It did not go well: