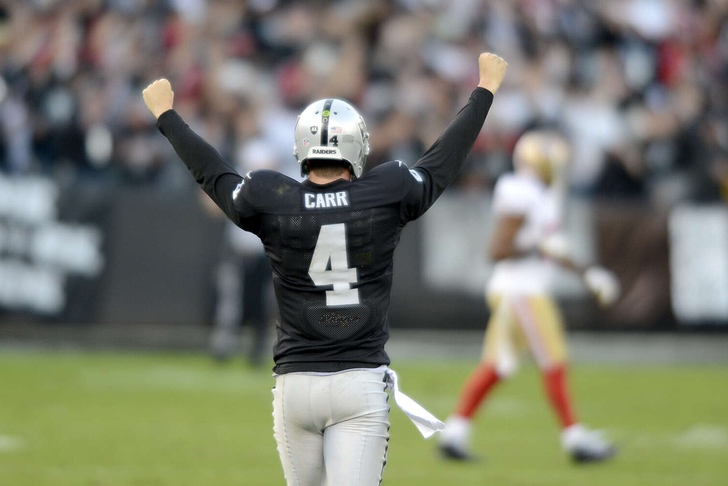 The Oakland Raiders are embarking on an entirely new era under recently-hired head coach Jack Del Rio, and with that era comes a renewed sense of optimism for a franchise that has spun its wheels for the past decade or so. Here are three Raiders storylines to watch this season:

Mack’s primed and ready to take the full leap in 2015, and he’ll have some talented veteran pieces around him to both help contribute and help mentor Mack on his path to superstardom. The sneakily good signing of former Saints LB Curtis Lofton will likely pay major dividends as he slots into a teaching role alongside the explosive Mack.

3) Can a new coaching staff turn Oakland around?

The Raiders responded well at times under interim head coach Tony Sparano last year, winning their last three home games against teams that were all on the NFL Playoffs bubble at some point. New head coach Jack Del Rio is a natural progression when it comes to backing up Sparano’s calls for a tireless work ethic with a coaching philosophy that has bred success where ever he’s gone.