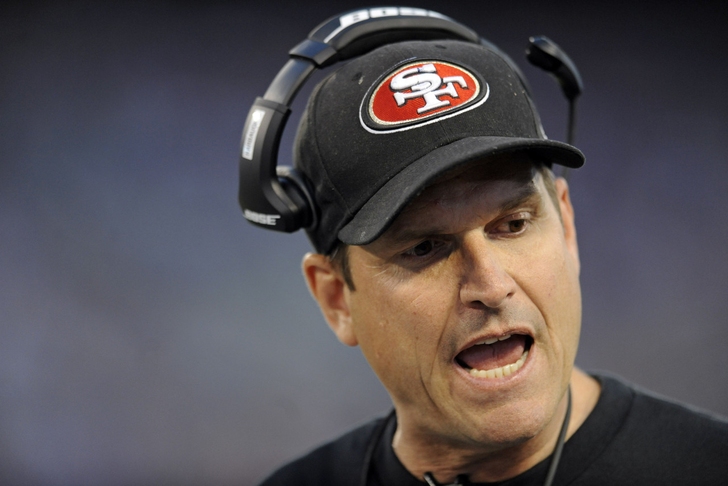 Oakland Raiders interim head coach Tony Sparano has done an admirable job keeping the team together after former HC Dennis Allen was fired earlier this season. However, the fact remains that the team is still destined for a high draft pick in 2015 and will likely be shopping for a permanent head coach out of house this offseason.

Who's a likely target? Who may be a pipe dream? We'll provide those answers and more as we present the Top 10 Candidates To Take Over For Tony Sparano If He Is Replaced. Despite an inconsistent 2014 campaign, Shaw has done a remarkable job continuing to build Stanford's brand as a national college football power. Shaw joins Texas A&M head coach Kevin Sumlin and a few other college options as names the Raiders will likely look at if they decide to move on from Sparano. He may be destined to return to the Cardinal and deal with unfinished business in 2015, but an in-area move to the O.Co Coliseum is not out of the realm of possibility. Charisma goes a long way in this business, and Tomsula has plenty of it. Combine that with overseeing a defensive line that has almost singlehandedly kept the 49ers in ball games this year, and you can see why Tomsula's stock is starting to rise as a potential head coaching candidate. He took over as interim coach when Mike Singletary was fired in-season across the Bay, and by accounts had a great interview for the Vikings job this past offseason. Perhaps a move to Oakland is the way to get his full-time head coaching career off on the right foot.

If you're looking for the right guy to help Derek Carr blossom into a top-tier NFL quarterback, Reich has all the tools to make that a reality in Oakland. After spending 14 years as a NFL quarterback, Reich has moved up the coaching ladder and finds himself a key element in Philip Rivers' current late-career renaissance. Can he and/or will he work some QB magic in the Bay? It's a possibility.

Gruden presents an enigma that makes him almost impossible to rank on this list. His past statements both show a true affinity for the Raiders franchise and a major comfort level with his position on ESPN's Monday Night Football. You could bet this one either way and have a good case, but it might take an all-out recruiting effort (and control over all football operations) to wrest Gruden away from the announcers' box.

The Carolina Panthers' offense may be a sputtering mess, but McDermott continues to turn heads with his innovative approach to defensive game-planning. McDermott is definitely a name on the rise in NFL circles, and he could very well be targeted for his first NFL head coaching gig in 2015. His abilities would be an absolute blessing for a Raiders defense building itself around talented young linebacker Khalil Mack.

Could it happen? The Raiders and owner Mark Davis could very well be in the market to make a splash, and nothing would create more waves than plucking Cowher out of semi-retirement. Cowher's no-nonsense style could be an absolute game-changer for the young Raiders, and his championship pedigree makes him an attractive candidate when it comes to changing the current culture in Oakland.

He has head coaching experience. He's from the Bay Area. He brings a signature style and snarl to the position. Del Rio sometimes gets a bad rap for his work as a head coach, but he did an admirable job stepping in for John Fox during his medical scare and has all the tools (and experience) necessary to get things on track both on the field and in the locker room.

Gase is one of the hottest names when it comes to assistant coaches ready to make the jump, and his work with Peyton Manning and the historically-impressive Broncos offense will make him a coveted commodity come hiring season. While some think Oakland isn't a player for Gase, the opportunity to pull a storied franchise back to the championship level could very well be an intriguing one for Gase.

Another hot name on the assistant trail, Bevell runs one of the most efficient and dynamic offenses in the league with the Seahawks. Bevell has already turned down a number of chances at a head coaching gig to stay in the Pacific Northwest, so Oakland would have to put on a full-court press to woo him. However, the chance to mold Derek Carr into a true superstar could be all it takes to bring Bevell south to the Bay Area. Here's the deal. Harbaugh is unlikely to be the San Francisco 49ers' head coach in 2015 regardless of what amount of spin is coming out of 49ers central right now. Harbaugh has reportedly indicated that he'd "love" to return to Oakland, and a move inside the Bay Area would be ideal for both the former Raiders quarterbacks coach and his wife.

A trade for Harbaugh wouldn't cost as much as people think, especially compared to the absolute haul Oakland received when they shipped Gruden to Tampa over a decade ago. This is a lot more viable of an option than people are selling it to be, so don't be surprised if the blockbuster gets done shortly after season's end.