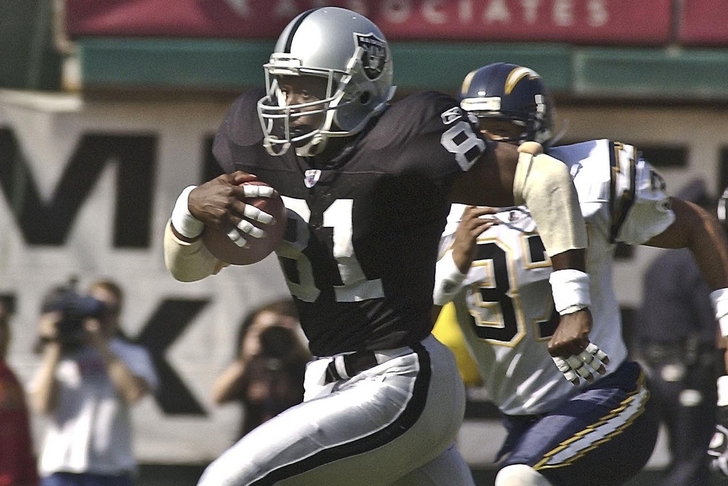 Oakland Raiders great Tim Brown indicated on Friday's Pro Football Talk Live that he believes that San Antonio has a better chance than people expect to land the Raiders in 2015:

“I’ll tell you, the wild card here, I believe, is San Antonio,” Brown said. “I know people don’t want to hear that, but from what I’m hearing the package that San Antonio put on the table was far better than any package they could have ever imagined. So financially the best thing for the team may be to go to San Antonio. I know that would hurt a lot of Raiders fans in California but at the same time, this team has to find a home and if Oakland and L.A. can’t get it done, then maybe San Antonio’s the place.”

Regardless of LA and San Antonio's viability as potential new homes for the team, Brown believes the Raiders should commit to Oakland if at all possible:

“I think they should stay in Oakland if at all possible and I know that’s what the team is trying to do,” Brown said. “They’re trying to work out a deal to stay there, but it’s tough because the city of Oakland doesn’t have the funds to get it done and it seems like to everybody that really L.A. is trying to woo any team."

Officials from the City of San Antonio have conducted meetings with Raiders owner Mark Davis on multiple occasions, but those face-to-face conversations have been downplayed by the franchise publicly.