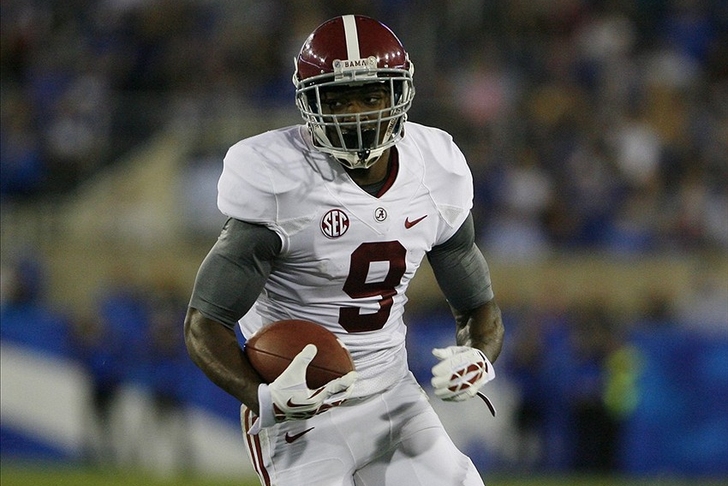 The Oakland Raiders won three of their last six games after an 0-10 start to the season, a signal that this young team is making progress and improving. Oakland seems to have found their franchise quarterback in Derek Carr, but there are a few other areas they really need to improve in. Here are the biggest three positions they should address in the NFL Draft:

The Raiders didn't have a single receiver gain more than 700 yards this year, and only one caught more than 50 passes. Carr and the offense desperately need a go-to guy they can consistently rely on in the passing game, and there are several great receivers in this draft. They could go after Alabama's Amari Cooper, a Heisman finalist, with the fourth overall pick, or wait and draft someone like Stanford's Ty Montgomery later in the draft.

Oakland's top pick in the 2014 draft, Khalil Mack, looks like he'll develop into one of the NFL's best linebackers (75 tackles, 13 TFL in his rookie season). However, he needs some help to improve a defense that gave up 30+ points in eight games and ranked in the bottom third in the league in virtually every category. Miami's Denzel Perryman is someone they'll give a serious look to, as well as Washington's Shaq Thompson.

One reason Oakland's defense wasn't very good this past year was because they lacked a consistent pass rush, ranking 31st in the league with only 22 sacks as a team. The Raiders might look to draft someone who can play both defensive end and linebacker, bringing Clemson's Vic Beasley or Kentucky's Alvin Dupree into play.

THE FUTURE: This Derek Carr Highlight Video Will Give You Chills