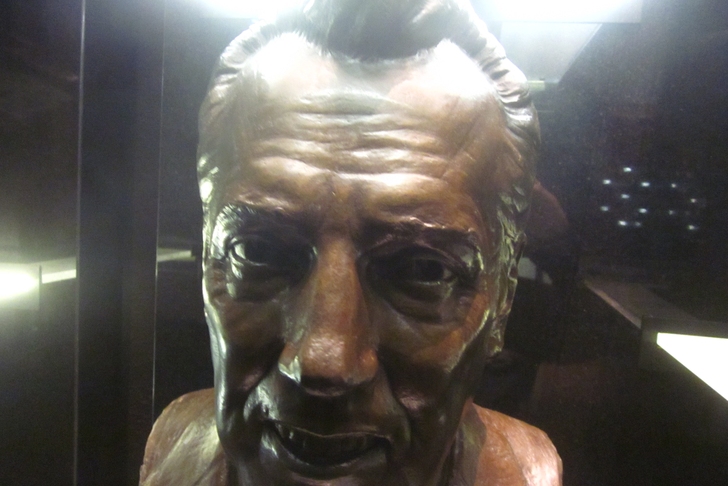 The icon, the legend, the Liberace demon with a maverick mind and a pirate's heart--his last days spent overseeing a franchise that became the media's favorite pratfall punching bag clown-in-a-Coliseum.

It wasn't supposed to end in the midst of a mediocre season in 2011, with Hue Jackson and Jason Campbell and the nagging feeling that something desperately, undoubtedly needed to change.

Growing up in 90s and aughts in the Bay Area, I was too young to see Charlie Finley completely change the marketing of baseball with a carnival-like bouquet of giveaways and promotions that made A's games an event beyond most events.

I was also too young to see Al Davis at his very best, holding secret meetings to help merge the AFL and NFL into the behemoth they are today, sparkling in spiffy tracksuits and studded everythings as the Raiders won 3 Super Bowls from 1976-1983 (one year before I was born).

But, he was alive! And weird! And different! And he made a game which preached conformity bleed and distort and become something more dynamic and much more diverse.

Which makes the budding quarterback controversy between Terrelle Pryor and Matt McGloin much more symbolic and weighty than it would be otherwise.

You see, Terrelle Pryor was picked in the 2011 Supplemental Draft by Al Davis himself, and will go into the record books as the very last draft pick that the iron-fisted and beloved dictator ever made.

Pryor is a Davis guy through and through: insane speed, athletic talent that outstrips his structured football ability, and the high-ceiling/high-bust potential balance which, at its best, helped build the Raiders into a brand known the world over.

There are problems here, though.

He can't stay in the pocket. He rolls right so much that defenders are starting to just wait on his first instinct in order to crush him mid-scramble. His progressions are limited by his instinct to run, and it causes the passing game to become little more than a decoy. His worst attributes hold a mirror up to a decade worth of frustration for the Raiders, where every piece of raw football talent the Raiders drafted meant little to nothing when compared to teams built to better than the sum of their individual parts (Patriots, Steelers, etc.).

There's also the question of Pryor actively putting himself in harm's way with his playing style.

This is where undrafted, super-story Matt McGloin and his amazing born-to-be-a- quarterback-against-all-odds confidence level comes in. Sunday's victory over the Houston Texans isn't enough to anoint McGloin as the long awaited savior to pull the Raiders back to relevance. It would be a very good idea to see what McGloin can do against a blitz-heavy scheme like the one the Titans will use on Sunday before we give up on Pryor, who looked fantastic early in the season.

However, the touch that McGloin put on several throws on Sunday was stunning. Most impressive was the feathery mid-range pitch and catch to Mychal Rivera for a 26-yard touchdown--his third of the day. It showed a natural passing ability that, to be frank, isn't there with Terrelle Pryor yet.

And who knows? McGloin could have been everything Davis was looking for, reintroducing the vertical strike to the Raiders' bag of tricks.

But, I can't help but feeling that pitting the imperfect but naturally gifted athlete (Pryor) against a more traditional passer (McGloin) is symbolic in that Pryor is a representation of both everything that was right and wrong about Davis as a football czar in Oakland/Los Angeles/Oakland.

Football is an intensely personal game. In truth, I find going over strategy in my dark house for nine hours on an NFL Sunday to be therapy. It makes the world easier to plot and digest.

Al Davis was a symbol of that to many people, and if this is indeed the beginning of the end for his final, unfinished project, then there's a bittersweet sadness to it.