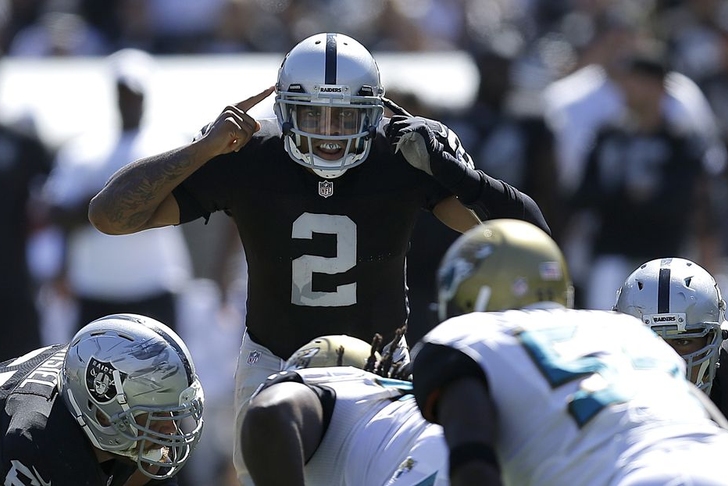 Terrelle Pryor suffered a concussion late in the Oakland Raiders' loss to Denver on Monday Night Football, but stayed in the game for several plays before being replaced by Matt Flynn.

Pryor took a legal helmet-to-helmet hit from Broncos linebacker Wesley Woodyard, but remained in the game because according to Dennis Allen, Pryor showed no concussion symptoms. Pryor remained down for several seconds after the hit, and the game was delayed to determine whether or not he had fumbled.

The NFLPA has doubts over whether Allen and the Raiders followed the NFL's concussion protocol, and these concerns mainly center around the fact that Pryor stayed in the game after sustaining a hit that clearly dazed him.

Pryor was obviously shaken up by the hit, and according to his personal twitter account, his memory of the game is still fuzzy:

Sorry about the loss RaiderNation. I don't remember much ! Good hit by whoever it was. I heard our team fought well .. We will be back!

Still, Pryor insists that he feels fine, and that he's ready to go for next weekend's game against the Washington Redskins:

I feel great by the way! Thanks for the concern ! Go Raiders!