THE FUTURE: This Derek Carr Highlight Video Will Give You Chills 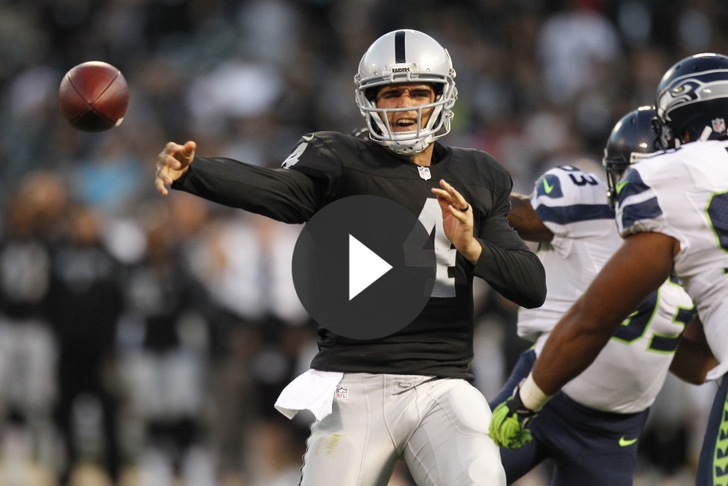 Say what you want about the Oakland Raiders' 2014 campaign, but it appears the Raiders have found their franchise quarterback in Fresno State product Derek Carr.

Carr rewrote the Raiders' records books last season, staking claim to every major franchise passing record for a rookie while becoming the only QB in the 2014 draft class to start all 16 games for his team.

To celebrate what Carr accomplished and the bright future that he has in front of him, here's an amazing highlight video of the best of his 2014 season courtesy of Raider Nation's own Raider Troy: