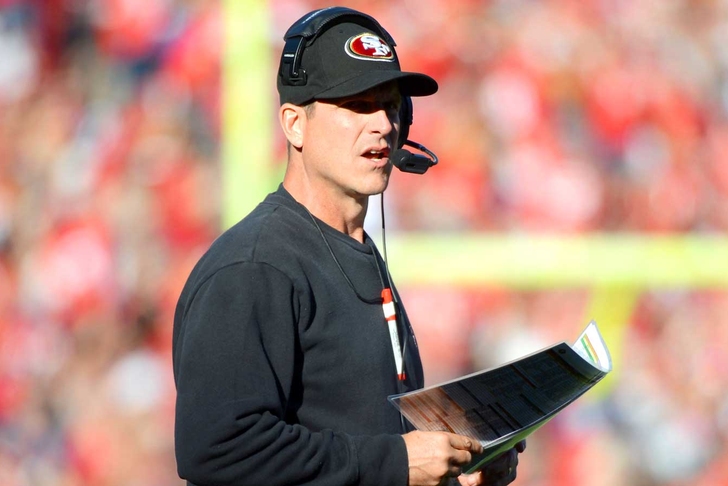 The Oakland Raiders want him. The Michigan Wolverines appear to already have him. San Francisco 49ers head coach Jim Harbaugh is a wanted man, and the race to acquire to his services is about to come to a head.

According to Ian Rapoport of the NFL Network, officials for both the Raiders and Wolverines are ready to begin negotiations with Harbaugh in the Bay Area as soon as possible:

Michigan AD Jim Hackett & U-M officials will be in the Bay Area this weekend to speak with Jim Harbaugh. So will #Raiders officials #GameOn

Per two inside sources cited by our very own Mack Ferguson earlier this month, Harbaugh is set to head back to his alma mater, Michigan, barring a last-minute change of heart.

The Raiders are banking on such a change of heart taking place, as they look to bring Harbaugh back in the fold over a decade after he left his post as quarterbacks coach with the franchise to take over as head coach of the San Diego Toreros prior to the 2004 season.