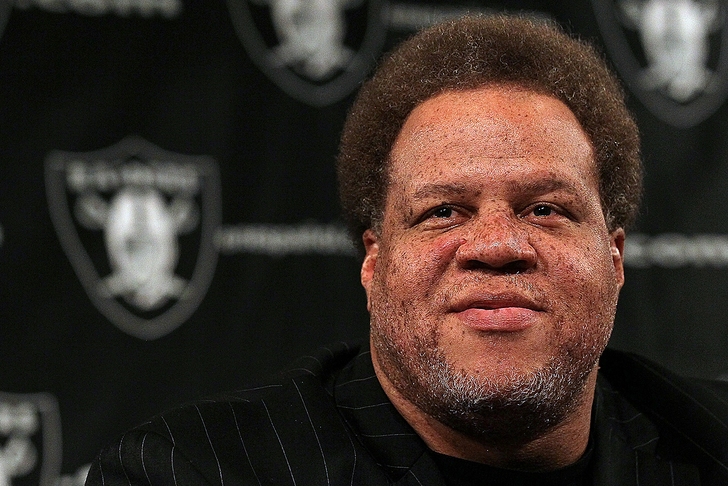 If the Oakland Raiders lose to the San Diego Chargers on Sunday, they will officially go over a year between regular-season victories - a stat that could very well be problematic for general manager Reggie McKenzie's job security.

However, according to Vic Tafur of the San Francisco Chronicle, "it’s safe to say that Davis has not considered firing McKenzie to this point, even as the Raiders creep up on Monday’s one-year anniversary of their most recent win [last Nov. 17th against the Houston Texans]. The franchise record of 19 consecutive defeats — or an 0-16 record this season — might do it, but people inside the organization think McKenzie could survive."

Tafur gives two reason why it's possible McKenzie will back in the saddle again for the 2015 NFL season.

Firstly, by all accounts the Raiders' 2014 NFL Draft class appears to be full of plenty of gems handpicked by McKenzie. With players such as Derek Carr, Khalil Mack, and Gabe Jackson likely to play pivotal roles in the team's future, owner Mark Davis might very well be looking to get a repeat performance out of McKenzie next year.

Secondly, the Raiders' injury situation has been troublesome to say the least this year, with Oakland having the third-most salary on injured reserve as of last Saturday. It's possible that McKenzie could get a very stern mulligan for this season, with his job firmly on the line come 2015.

You never know when it comes to the Raiders and their management structure, so at this point, any thoughts on McKenzie's job status could be purely conjecture.