Report: Mike Holmgren To Take Over As Raiders Head Coach In 2015? 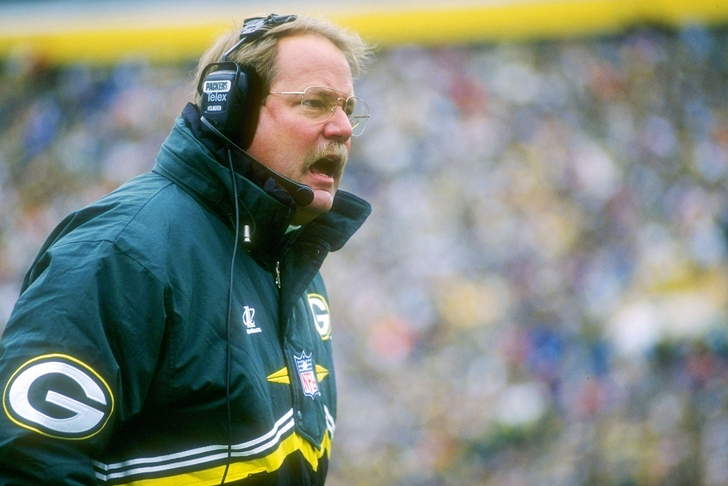 Interim head coach Tony Sparano hasn't even coached a snap for the Oakland Raiders yet, but rumors are heating up that seem to point to former Browns general manager (and head coaching icon) Mike Holmgren as his permanent replacement after the 2014 season.

According to Mike Florio of NBC's Pro Football Talk, things are getting very interesting in Raiderland these days:

Strong and persistent chatter has emerged in recent days linking Holmgren to the job.  It’s a fairly obvious connection, given that former Holmgren lieutenant Reggie McKenzie serves as the General Manager in Oakland.  McKenzie, who could be the next guy out the door in Oakland, has said he’ll hire the next coach.  If McKenzie does, Holmgren could be the optimal Hail Mary option, especially since Holmgren likely would not be inclined to replace McKenzie — unlike other big-name coaches Davis may pursue.

Although unconfirmed as of this time, Pro Football Talk cites several unnamed sources who claim that Holmgren visited the team's facility earlier this week. While it might not be a major first step towards him taking over the team, it's enough to speculate that his name very well could be in the running come this offseason.