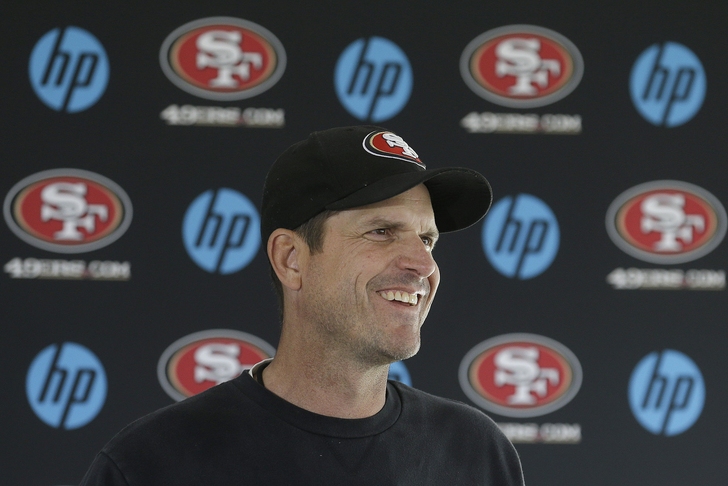 According to a Pro Football Talk report, a league source indicates that San Francisco 49ers head coach Jim Harbaugh "would “love” to return to the Raiders, where his non-playing career began in 2002 and 2003 as the team’s quarterbacks coach."

Per information obtained from Mike Florio's post on Sunday, the Cleveland Browns almost landed Harbaugh via trade this offseason for the relatively-low price of two third-round picks. Keep in mind, that was with two years left on his current five-year deal.

In Florio's words, "he (more specifically, his wife) didn’t want to leave the Bay Area, which could put Harbaugh in play for the Raiders job."

Therefore, if things are truly going off the rails like they seem to be in San Francisco, the Oakland Raiders could have plenty of bargaining chips to work with if they decide to go coach shopping in the offseason.

Just 13 years ago, the Oakland Raiders received two first-round picks, two second-round picks, and $8 million when they shipped Jon Gruden off to the Tampa Bay Buccaneers. Provided they don't attempt to secure a return engagement with Chucky, the Raiders could likely land Harbaugh for a far smaller bounty this spring.