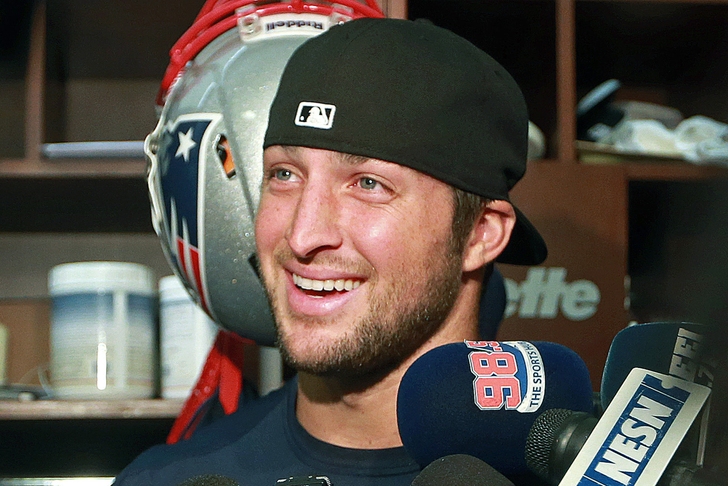 In what may be the weirdest edition of Raiders rumors so far, there are rumblings around the NFL that former Denver Broncos quarterback and cult figure Tim Tebow may be training hard for a return to the NFL -- with the Oakland Raiders figuring as a distinct possibility.

So says Sports World Report, who lists the "Cleveland Browns, Oakland Raiders, Chicago Bears, Jacksonville Jaguars, Arizona Cardinals, Buffalo Bills" has teams that would at least give Tebow a look if he were to reinsert himself into the free agent market.

"Tebow likely would not leave his new TV job for something that isn't definite, but he said earlier in the year when he was hired by ESPN that he wanted to continue is attempts at an NFL career and heading into the summer," states Sports World Report, raising some interesting question as to what the market would end up being for Tebow.

In the end, this is all mere speculation. However, the Oakland Raiders have been known to take chances on project players -- with Tim Tebow perhaps qualifying as the biggest project of them all.

Get Raiders rumors whenever and wherever you want them. Download our new Chat Sports iPhone app, and follow our Raiders team page today.