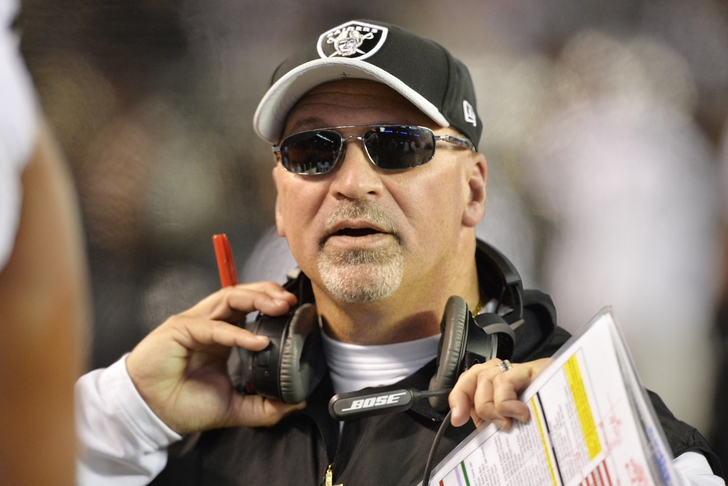 The Oakland Raiders have reportedly been scouring both the NFL and the college ranks for potential full-time head coaching options, but the Sporting News' Rana L. Cash believes that interim head coach Tony Sparano has done enough to at least warrant a look for 2015.

"Maybe there's enough good stuff to be unearthed in the crevices of a cracked organization to convince GM Reggie McKenzie and owner Mark Davis that he should stay," Cash writes, pointing to the progress that rookies Derek Carr and Khalil Mack have made under Sparano.

Add in the fact that the Raiders have played (mostly) competitive football under Sparano while picking up wins over the Kansas City Chiefs and San Francisco 49ers, and there's enough to at least throw Sparano's name into the hat.

However, with GM Reggie McKenzie not even assured of a spot within the organization after the 2014 campaign, Sparano's chances to remain as the team's head coach are likely marginal at the present moment.