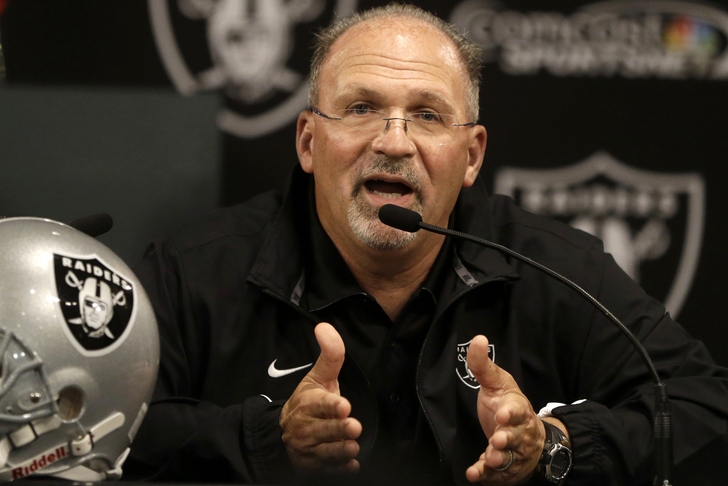 According to a report by ESPN's John Clayton, the Oakland Raiders could remove the 'interim' tag from Tony Sparano's job title as soon as Thursday, making him the team's permanent head coach going forward.

Clayton was interviewed on 101Sports in St. Louis on Thursday, and said that a move may happen within the next 24 hours or so (his comments on Sparano are around the five-minute mark).

However, he indicated that he was unsure if Oakland Raiders owner Mark Davis and general manager Reggie McKenzie were willing to wait for the Broncos to exit the NFL Playoffs before speaking with Del Rio.

If Clayton's report proves accurate, the Raiders' front office will bypass out-of-house options to go with a known commodity in Sparano.

The 53-year-old Sparano was 3-9 after taking over for ousted head coach Dennis Allen at the end of the season's first month. All three of his wins came in Oakland's final three home games.