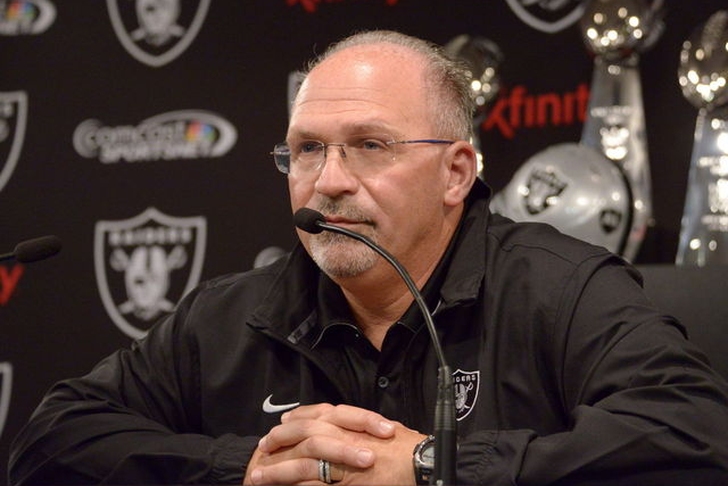 The Oakland Raiders are missing out on the Michigan-bound Jim Harbaugh, but owner Mark Davis won't be fazed as he continues to look for the team's next head coach. One name we're hearing a lot more often is already in the building - interim HC Tony Sparano would love to keep the job on a permanent basis, and it sounds like his chances have improved significantly in recent days.

With Harbaugh heading to Michigan, Raiders source says Tony Sparano remains squarely in the mix to keep job. But others will be interviewed.

In addition to Darlington, a reporter for the NFL Network, Pro Football Talk is also reporting the same story.

The Raiders were 0-4 under Dennis Allen before Sparano took over, and went 3-9 under his leadership in 2014. Oakland was eliminated from playoff contention early, but won games against Kansas City, San Francisco and Buffalo to close their season on a more positive note. If Sparano is retained, a major factor will be rookie QB Derek Carr - the franchise sounds fully committed to Carr going forward, and the Raiders don't want his first few seasons to be marked by coaching changes and instability. The Raiders had just 12 head coaches in franchise history until Jon Gruden left in 2001, but they've burned through eight in the 12 seasons since.

The Top 6 Candidates To Replace Tony Sparano In Oakland