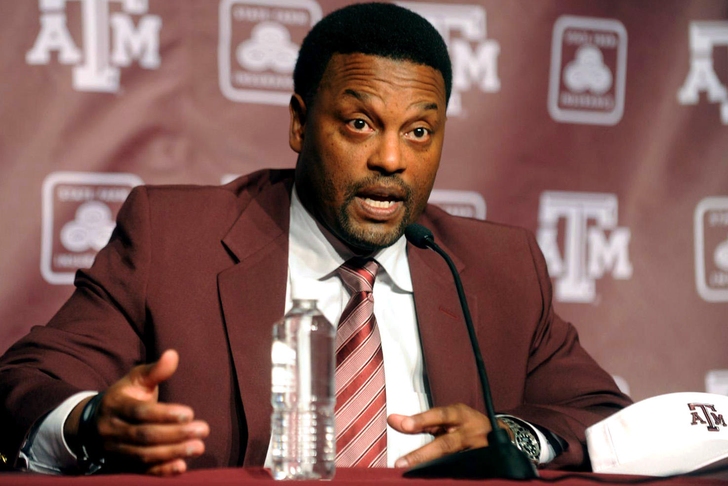 Oakland Raiders interim head coach Tony Sparano doesn't just have to contend with the challenge of pulling an 0-4 team back into things in 2014. He also has to contend with a litany of rumors surrounding the head coaching position he currently occupies with the team.

Answering questions his mailbag for ESPN, Bill Williamson was asked whether or not Texas A&M Aggies head coach Kevin Sumlin presents a potential fit for the Raiders in the offseason:

The Raiders would have to spend big bucks to get him. There is speculation the Raiders will spend. If Oakland can’t get Jon Gruden or Jim Harbaugh, maybe Sumlin will be a target. He’s a bright, young coach. But he will have options. Oakland would have to really make it attractive.

In short, Jon Gruden and Jim Harbaugh remain at the top of the Raiders' hypothetical wishlist as of right now. But, a respected young mind such as Sumlin who has turned A&M into a powerhouse in a short period of time could end up closer to the top of that list once this season is over.