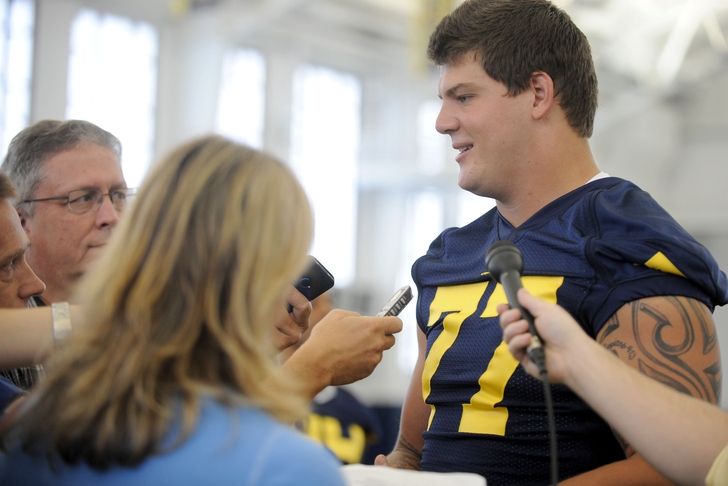 In Raiders rumors today, with a multitude of names and trade possibilities being thrown out surrounding the Oakland Raiders' #5 pick in May's NFL Draft, the team may have centered its focus on Michigan offensive tackle Taylor Lewan amidst all the chaos.

So posits Jerry McDonald of the Oakland Tribune:

The Oakland Raiders have been tied to pretty much every big-name prospect in the 2014 draft class, along with potential draft day trades with the likes of the Atlanta Falcons and San Francisco 49ers.

However, with all the work the Oakland Raiders have done this offseason to improve their potency on offense, drafting an offensive tackle such as Taylor Lewan could be a very smart move in order to facilitate rapid offensive growth.

Lewan's draft stock has shifted up and down over the course of the past couple months. On-field and off-field issues in his time with Michigan have been bandied about in the media, shifting projections for Lewan anywhere from the top-five to the middle of the first round.