Raiders Rumors: Seahawks A "Roadblock" For Oakland In Potential Pursuit Of Marshawn Lynch 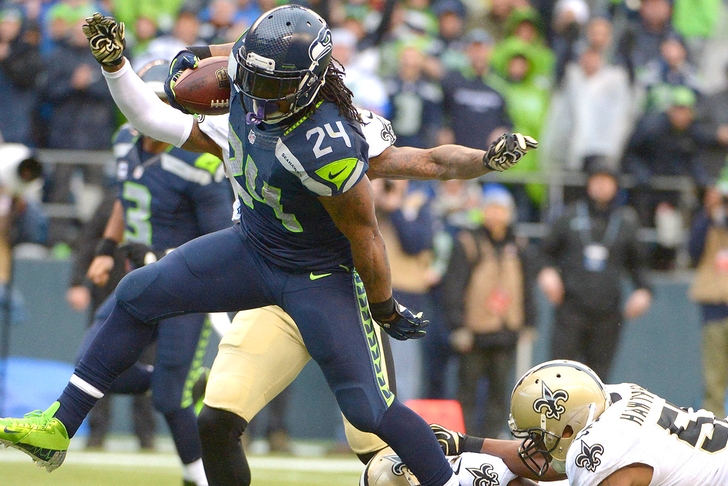 Marshawn Lynch to the Oakland Raiders is one of those deals that just makes sense, especially with Lynch's unquestioned love of his hometown and the giant "OAKLAND"

that he has tattooed across his chest.

While there's plenty of speculation that all of that will lead to Lynch wearing Silver and Black after this offseason, ESPN's Bill Williamson says that the Seahawks still represent a "roadblock" for Oakland in their efforts to bring Lynch into the fold:

I just don't know if it is going to be this year. Yes, there has been a lot of speculation, and, in fact, an expectation among a big faction of Raiders fans that Lynch is going to be a Raider soon. There's one problem -- he's still under contract with the Seahawks. There have been reports that Seattle wants to extend Lynch's contract, which expires after this season. Sure, the discussions can go south and the Seahawks could consider either trading or cutting Lynch. But we're not there yet.

A Lynch/Latavius Murray combination would be something special from both a talent and mentor/student perspective, but it's still a wait-and-see proposition as Oakland awaits Seattle's next move in negotiations.