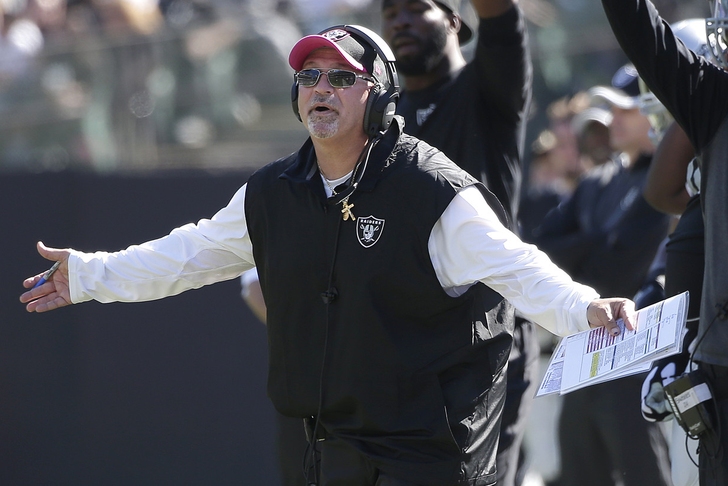 The Oakland Raiders are in the midst of a full-on coaching search after a 3-13 season that saw them fire former head man Dennis Allen after just four games. Here's the latest on the their coaching search:

Sparano expressed a strong desire to return as head coach of the Oakland Raiders after taking over on an interim basis this season after leading the team to three wins in their last six games.

“All I want to do right now is be the head coach of the Raiders,” Sparano said Monday night. “So how badly? Very, very badly. This is my team. I left my team today and I’m looking forward to starting over again with them. Those decisions will be made down the road. As far as anything else with me goes, I only have one concern right now. It’s being the head coach of the Oakland Raiders.

Oakland's front office has said that Sparano is among the candidates they are considering for the job.

The Raiders have already contacted Mangini about interviewing for their head coaching vacancy, and is the only person they have contacted about doing so thus far. Mangini was 23-26 in three seasons with the New York Jets before going 10-22 in two seasons with the Cleveland Browns. He rose to prominence as a defensive assistant with New England when they won three Super Bowls in four years, but has been off the head coaching radar since he was fired from Cleveland in 2010.

Oakland has also been granted permission to interview Philadelphia offensive coordinator Pat Shurmur, who led the Cleveland Browns to a 9-23 record during his two seasons at the helm. Raiders GM Reggie McKenzie worked with Shurmur’s uncle in Green Bay, creating a connection.