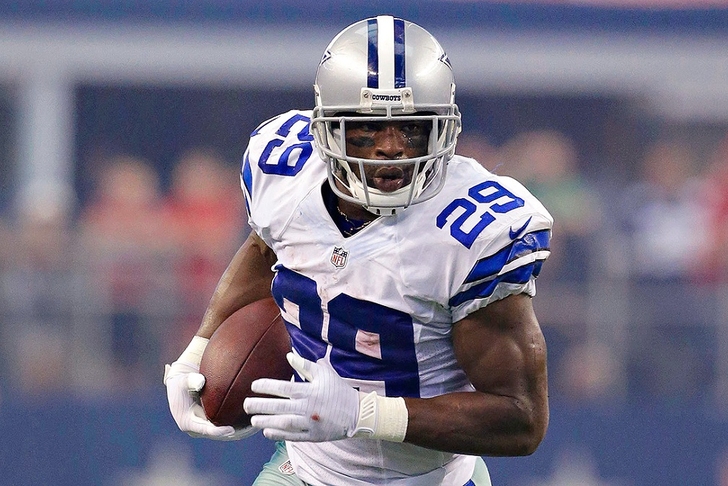 There isn't a whole lot going on in the world of Raiders rumors right now - Jack Del Rio is keeping things very quiet while looking for his offensive and defensive coordinators, and it still sounds like Marc Trestman is a strong OC candidate and Mike Smith could be in as DC. None of that is new news, though - here's what we're hearing on 1/16:

Jerry Jones says it "probably doesn't look reasonable" for the Cowboys to retain both of their marquee free agents - Dez Bryant and DeMarco Murray. It just so happens that the Raiders could use a new running back, and they have plenty of cash to spend on the right player. Murray is coming off a sensational season, and at just 26, he's younger than many of Oakland's other possible Free Agent targets. The guys over at Silver & Black Pride have a more in-depth look at Murray and why the Raiders should target him - it's a good read if you have time to check it out.

For the Latavius Murray loyalists out there, don't worry too much yet - there's still a chance Latavius gets his chance to shine, and at this stage, the links to DeMarco are 99% speculation.

It's not - by definition - a Raiders rumor, but it sounds like former Raiders DC Jason Tarver is the leading candidate to become San Francisco's new defensive coordinator. Tarver didn't exactly light up the NFL as Raiders DC, and while there were players and fans who liked his competitive fire, we don't expect too many tears to be shed about him moving back to the other side of the Bay (Tarver spent 2001-2010 as a 49ers coach).