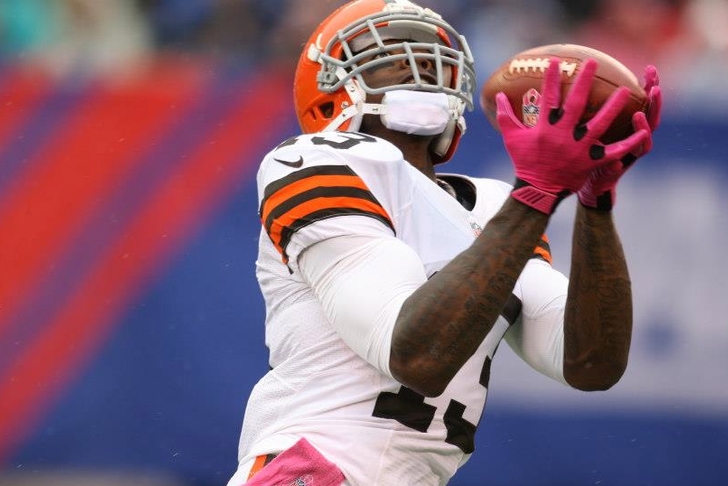 Each week, we comb through the latest rumors swirling around the Oakland Raiders and break down the chances that each one comes good. This week, we'll take a look at one highly questionable trade rumor and a few draft rumblings that certainly make sense, even if they can't be independently confirmed.

Will the Raiders be the team that lands Josh Gordon?

Let's be up front: the chances are slim. Gordon reportedly has a number of suitors, but the Browns are balking at the various proposals that have been sent their way. The Raiders have two promising pieces at WR in Denarius Moore and Rod Streater, but adding a weapon like Gordon to Pryor's arsenal has to be a tempting prospect for Raiders GM Reggie McKenzie.

Where this rumor falls apart is the compensation. Oakland is slowly rebuilding after years of mismanagement and poor draft choices. The picks the Raiders have left are incredibly valuable to the organization, and from everything we've heard there's no chance they trade away anything above a fourth-rounder. That won't come close to meeting Cleveland's demands, so the rumor dies there.

Will the Raiders take an offensive lineman with their first-round pick?

If they're smart, the answer has to be yes. The front office is moving forward with Terrelle Pryor unless he gives them a reason not to, so Oakland's #1 priority moving forward needs to be building a line that can protect their quarterback. Center Stefen Wisniewski and LT Jared Veldheer are the only real keepers currently on Oakland's O-line, and the Raiders would do well to strengthen it through the draft.

Veldheer isn't naturally an LT - he started out at center - and Wisniewski is an excellent guard, so the Raiders could pick one of the excellent LTs available, then shift Veldheer and Wisniewski over. There are three left tackles coming out with the potential to excel in the NFL, so the Raiders could (and should) take one with their first-round pick.

The options include Alabama's terrifying Cyrus Kouandjio, Michigan's 6'7, 314 pound monster Taylor Lewan, and maybe the best prospect out of the group, Texas A&M's freshman sensation Jake Matthews. As we get closer to the draft and a clearer picture starts to come through, we'll provide updates on which way the front office is leaning.

Will the Raiders make a play for free-agent DT Jay Ratliff?

We touched on this rumor last week, and now that the dust has settled over in Dallas, surprisingly little has changed. Ratliff is still on the market, and no teams have made a public move to reach out to the player.

At this stage, teams are probably trying to get a better sense of Ratliff's health before voicing public interest in the player. We still think Ratliff would be a solid match for the Raiders, but nothing we've heard indicates that a move is imminent.

Raiders are primed for a playoff push within 14 months