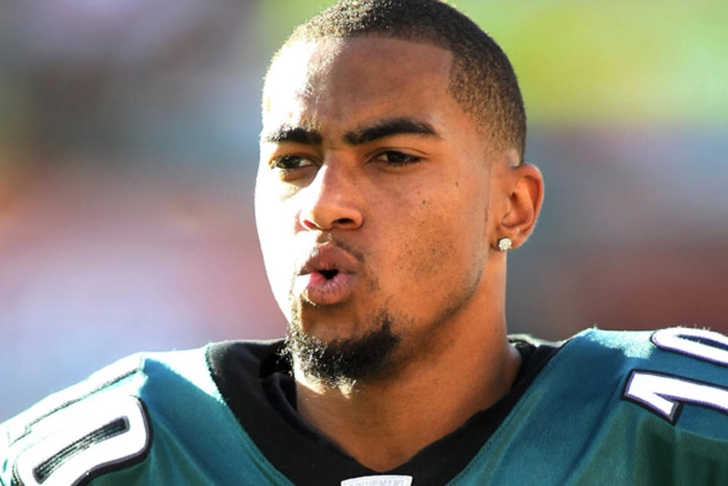 The world of Raiders rumors has been absolutely blitzed with Oakland Raiders fans using the hashtag #DJaxToOakland in a show of support for recently released free agent wide receiver, and former California Golden Bear, DeSean Jackson.

Now, another controversial NFL star has come to the aid of the beleaguered 27-year-old wideout.

Citing issues in DeSean Jackson's personal life as reasoning for releasing the 3-time NFL Pro Bowler, many are convinced that the Philadelphia Eagles released Jackson based on purported connections to gangs around his Los Angeles-area home.

However, former childhood friend and Seattle Seahawks cornerback Richard Sherman has taken to Twitter in defense of Jackson, stating that Jackson is being targeted as a victim by association --

@DeseanJackson10 and me have been boys since we were kids... No one should be judged by the actions of others! #fam pic.twitter.com/Q7yuxMcz6a

DeSean Jackson has been known to make trips to Los Angeles-area penitentiaries, as a show of good will and solidarity to a group of men who protected him and his talent during a rough childhood.

Yet, as Richard Sherman is no stranger to, Jackson is currently being dogged by a perception of character issues -- whether true or not -- based heavily on the childhood circumstances he pulled himself up from.

Richard Sherman became a lightning bolt of polarization after calling out San Francisco 49ers wide receiver Michael Crabtree on national television after picking an NFC Championship-winning pass defense in an assignment against Crabtree this January.

Sherman's history with gangs around his childhood home in Compton became media fodder after the game, sparking a national debate which carried on up and through the Super Bowl.