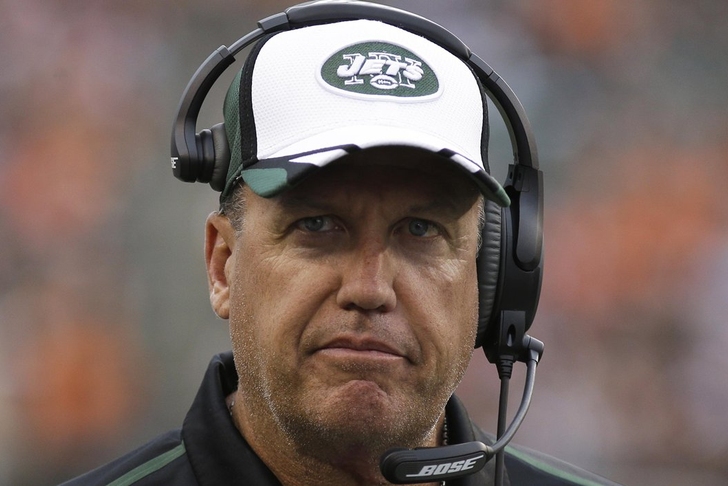 The Oakland Raiders' coaching situation heading into the offseason remains unclear at the moment, with most indications pointing to interim head coach Tony Sparano being replaced at the end of the 2014 NFL season.

While plenty of names have been floated as potential head coaching options for the Raiders (hello, Jim Harbaugh), soon-to-be-fired New York Jets head coach Rex Ryan's name has cropped up on several occasions in various rumors from around the league.

In Rant Sports columnist Ryan Ratty's mind, "the Raiders need a guy that has a fiery attitude and has a track record of winning. That coach is Rex Ryan, who will likely be fired after the season by the New York Jets. Although he will likely be forced out of New York, it should be said that the Jets don’t have a lot of talent, which is John Idzik‘s fault, not Ryan’s."

The Raiders haven't been formally linked to Ryan, but if Harbaugh isn't available via trade or otherwise, don't be surprised if the embattled Jets coach finds his name in the hat in Oakland.