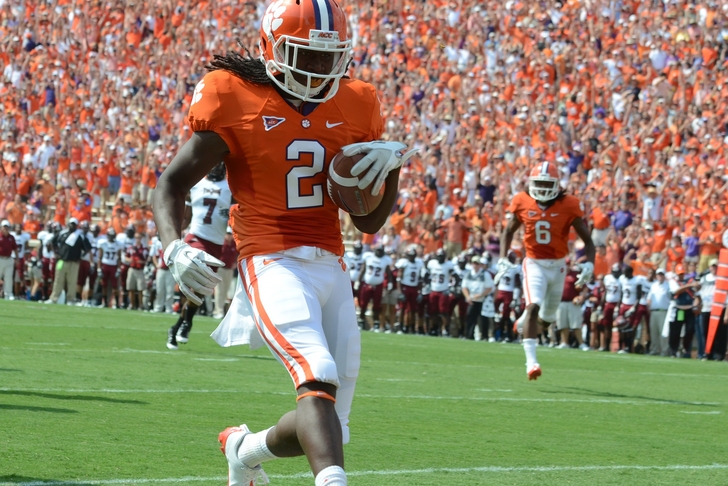 In tonight's edition of Raiders rumors, the Oakland Raiders and general manager Reggie McKenzie may be targeting a wide receiver such as Clemson's Sammy Watkins with the fifth pick in the 2014 NFL Draft.

Reggie McKenzie has intimated, via information obtained from Raiders Beat, that the Raiders will not wait until later rounds to find an adequate receiver if a superstar is staring them in the face early in the draft:'

Reggie McKenzie said the #Raiders won't pass on a "great" receiver to wait for a "good" receiver later in the draft.

The Oakland Raiders have been rumored to have major interest in Sammy Watkins for the majority of the offseason, and may see him as the playmaker necessary to take their offensive improvements this offseason to the next level.

The "great" receiver that McKenzie is referring to is most likely Watkins, who has been labeled by many pundits as being as close to a sure thing as any skill position player in this draft class.