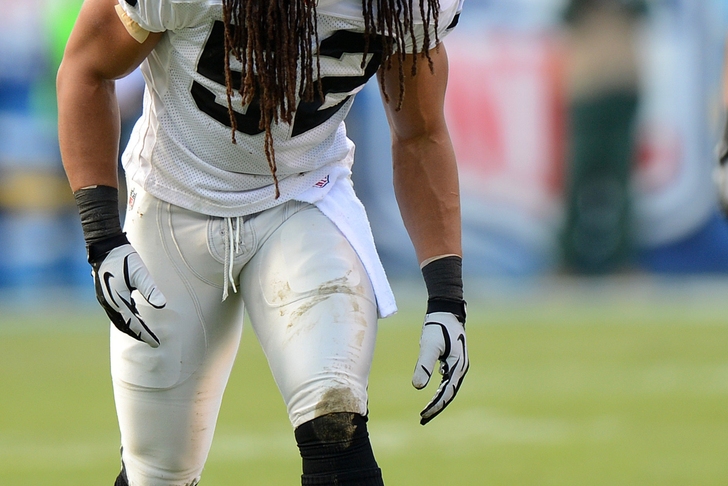 Here's a blast from the past out of the Raiders rumors file today: a former Oakland Raiders linebacker could very well find a way back to the Silver and Black for the 2014 season

As reported by Vic Tafur of the San Francisco Chronicle via Twitter just moments ago, current Miami Dolphins linebacker Philip Wheeler may be on his way out of South Florida, leaving the Oakland Raiders as a potential top suitor for his service--

Have heard a couple times here that #Dolphins may cut LB Philip Wheeler. #Raiders would be very interested in bringing him back

After spending the first four years of his NFL career with the Indianapolis Colts, Philip Wheeler spent the 2012 season with the Oakland Raiders--amassing 78 tackles, along with 3 sacks and 2 forced fumbles while appearing in all 16 games for the Oakland Raiders.

However, the move could be delayed by Wheeler's guaranteed $5 million salary in 2014. If the Miami Dolphins release the former Oakland Raiders linebacker before June 1st, they will suffer a cap hit of over $10 million. If they wait until the summer, that cap hit will reduce to $6.4 million.

In contrast to his standout 2012 campaign with the Oakland Raiders, Philip Wheeler had an extremely rough season with the Miami Dolphins in 2013--prompting the Miami Dolphins to reevaluate the four years he has left on the 5-year, $26 million contract he signed with them last season.