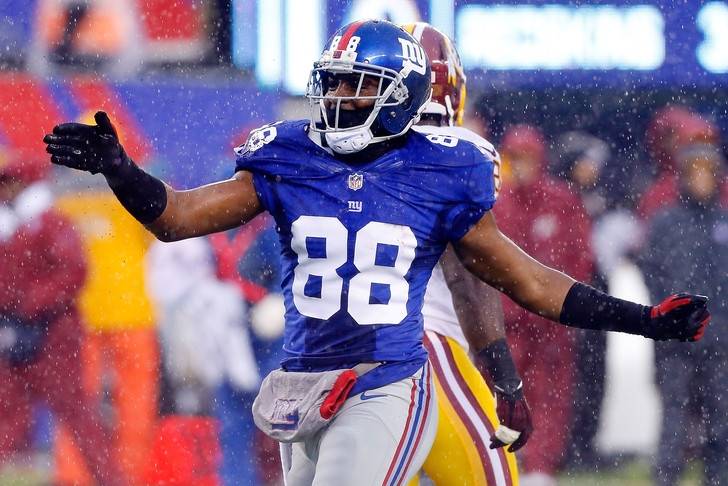 Raiders rumors are getting louder with free agency officially beginning on March 11th, and it looks like the $70 million in cap space the Oakland Raiders have to play with could land them one of Eli Manning's favorite targets.

Despite attempts by star New York Giants wide receiver Victor Cruz to convince him otherwise, it is looking increasingly likely that wide-out Hakeem Nicks may test the free agency waters next month.

In regard to Nicks, Cruz told NJ.com that "I have (asked him to stay)," adding, "selfishly, I would love for him to stay."

However, despite a drop in production in 2013, Hakeem Nicks looks to command a pretty sizeable deal that could price him out of New York--and possibly into a new home with the Raiders.

Sports World Report is indicating that the New York Jets and Oakland Raiders will be the front-runners for Hakeem Nicks' services in the event he opts for free agency, due to both teams having glaring needs at wide receiver and the cap flexibility to give Nicks the top-level contract he looks to demand.

While Nicks has suffered a sharp production drop-off since back-to-back 1,000-yard receiving seasons in 2010 and 2011, he turns just 26-years-old tomorrow and has play-making tools the Oakland Raiders could use to justify handing him a multi-year contract.