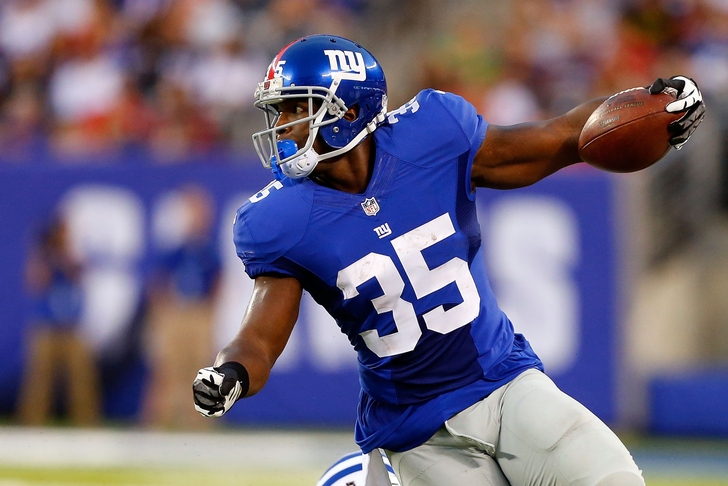 If you thought Raiders rumors was already filled with running back rumors today, the Oakland Raiders may have a former New York Giant on their radar to share duties with the recently re-signed Darren McFadden.

#Raiders may not be done with RBs after signing Darren McFadden. They also have interest in ex-#Giants RB Andre Brown, per source.

The incentive-laden nature of the 1-year, $4 million contract signed between the Raiders and Darren McFadden almost guarantees that the Oakland Raiders will be active in pursuit of another possible starting running back--just in case Darren McFadden's long injury history continues to limit both his playing time and effectiveness.

In eight games (all starts), the 27-year-old Brown ran for 492 yards on 139 carries--adding three touchdowns. He also showed increased versatility, adding 20 receptions for 103 yards and acting as a safety valve for a constantly-pressured Eli Manning.