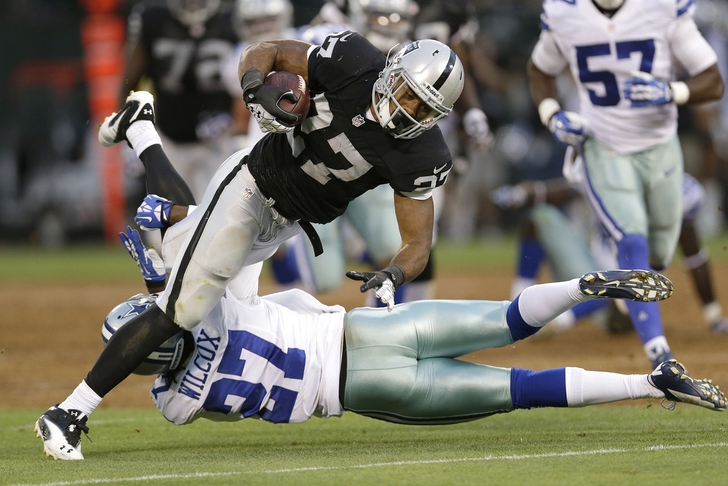 The 2014 offseason is beginning in earnest, and the newest batch of Raiders rumors are pointing at the end of one era at running back for the Oakland Raiders in favor of another.

Several NFL sources are reporting that the Oakland Raiders may decline to re-sign running back Darren McFadden, opting instead to take a chance at re-signing former backup Rashad Jennings as their running back for the foreseeable future.

Darren McFadden was the Oakland Raiders' fourth overall pick in the 2008 NFL Draft, signing a $60 million contract with a $27 million signing bonus. While he has shown flashes of the all-world talent he displayed as an Arkansas Razorback, injuries and alleged focus issues have limited Darren McFadden's productivity over the past three years.

After posting 1,157 yards and 7 touchdown in 13 games with the Oakland Raiders in 2010, McFadden has appeared in just 29 games over the past 3 seasons. He has rushed for no more than 707 yards each of the past three seasons.

Get your Raiders rumors here first this offseason. Be sure to follow our Raiders team page.