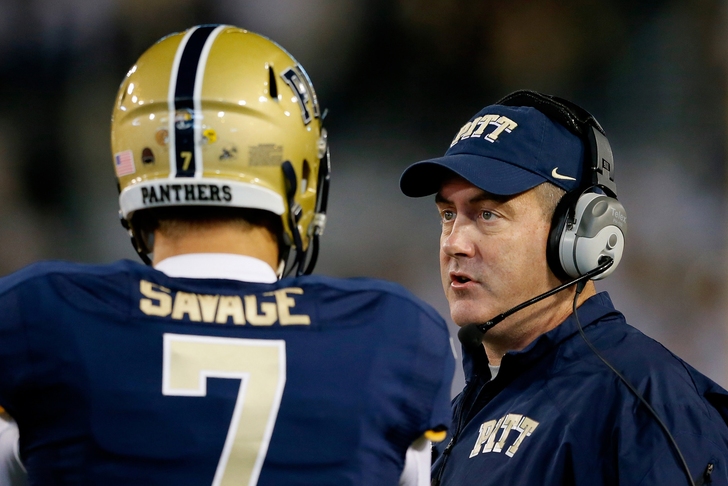 In Raiders rumors today, the Oakland Raiders may have found a lesser-known quarterback in the 2014 NFL Draft who could potentially serve as the future of the franchise.

Per Sports World Report (by way of information obtained from ESPN.com), former Pittsburgh starting quarterback Tom Savage has visited with the Raiders, and Raiders management likes what they saw.

Savage possesses an NFL frame at six-foot-four and 228 pounds, and has the type of capability which can be molded well at the next level with the right tutelage.

In his final season with the Pittsburgh Panthers in 2013, Savage threw for 2,958 yards. He had 21 touchdowns against nine interceptions, and completed over 60% of his throws.

The Oakland Raiders have been rumored to be leaning away from picking any of the top-tier quarterbacks in May's NFL Draft, preferring to focus on other needs throughout the roster. As of right now, several draft analysts are pointing at former Clemson wide receiver Sammy Watkins as the most-likely pick for the Raiders at #5 -- providing they choose not to trade down.

Your Raiders rumors whenever and wherever you want them. Download our new Chat Sports iPhone app, and follow our Raiders team page today.