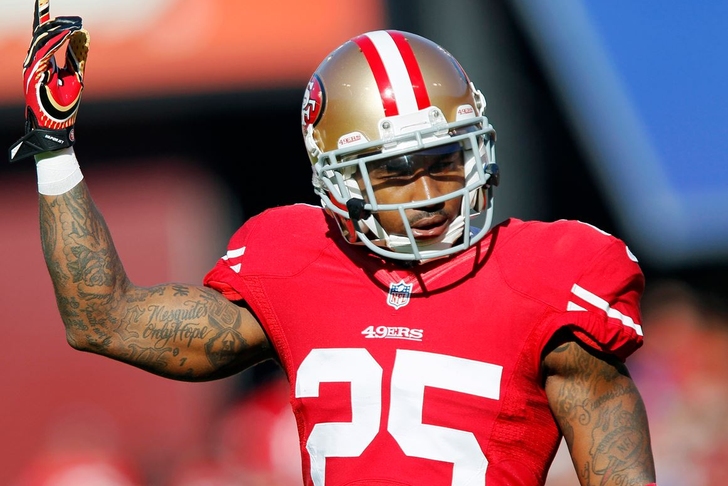 In Raiders rumors this afternoon--the Oakland Raiders' much-maligned secondary just received a solid boost from their neighbors across the Bay.

The Oakland Raiders had been rumored to be in on several big-name secondary options, not the least of which was newly-minted New England Patriot Darrelle Revis. However, the Oakland Raiders found a cost-effective replacement in the 29-year-old Brown.

Brown had spent his entire seven-year NFL career in San Francisco before deciding to make the commute across the Bay Bridge on Friday. The San Francisco 49ers were rumored to be offering Brown a 3-year, $10 million deal--yet, it seems that the fully guaranteed contract was just the ticket to persuade Tarell Brown to join Raider Nation.

Tarell Brown did not post an interception in 2013. He did, however, finish with 38 tackles in limited on-field time, along with forcing two fumbles.

The Oakland Raiders are counting on a healthy Brown to help round out a defense which is undergoing a serious revamping with the signings of both DE Justin Tuck and soon-to-be DE Lamarr Woodley.

For all the latest in Raiders rumors, be sure to follow our Raiders team page today.