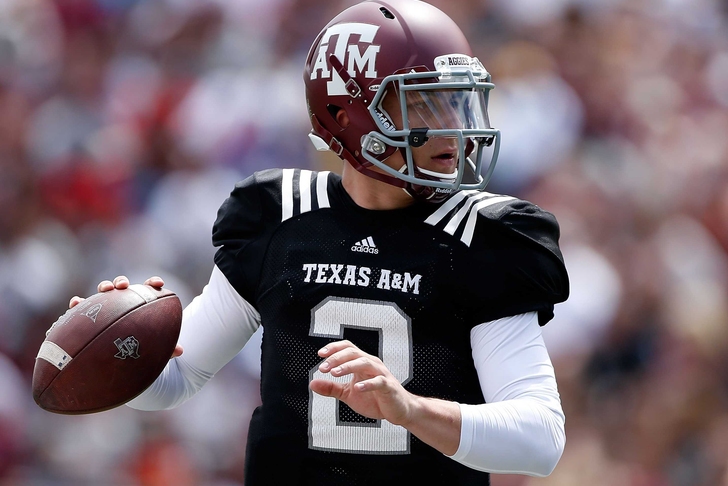 Here is an optimistic bit of Raiders rumors to get you through the post-football doldrums--the Oakland Raiders may be looking to put a deal together to land the Houston Texans' #1 overall pick in the 2014 NFL Draft.

CBS Sports' Jason La Canfora is reporting that the Houston Texans could look to trade their #1 pick in order to shore up several perceived holes on their roster. With the 2014 NFL Draft top 10 clogged with teams in desperate need of a franchise quarterback, several sources are reporting that the Cleveland Browns, Jacksonville Jaguars, and Oakland Raiders will show serious interest if this rumor becomes reality.

The Oakland Raiders go into the 2014 offseason with a plethora of questions at multiple skill positions, but none seems to be more glaring than their lack of confidence in any the quarterbacks they already have on the roster.

NFL sources also indicate that if the Raiders were to make a play for the Houston Texans' 1st overall pick, Johnny Manziel would most likely be the first quarterback the Oakland Raiders would take a long, hard look at. Manziel's marketability and dynamic skill-set could be all the Raiders need to make him the next face of the franchise.

Your home for Raiders rumors this offseason is Chat Sports. Be sure to follow our Raiders team page.