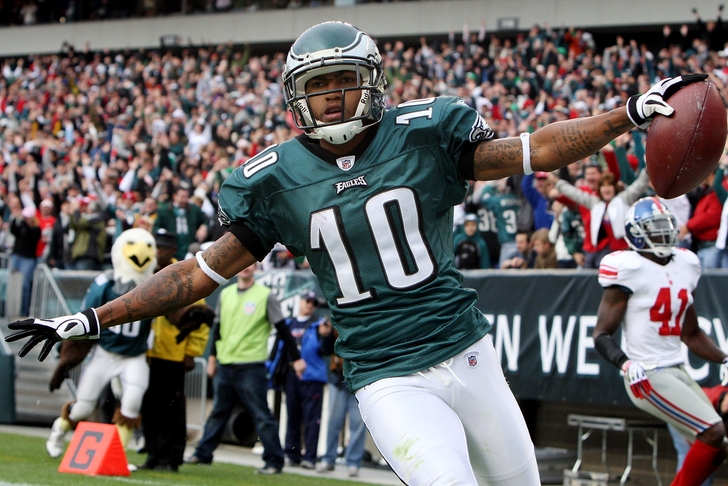 Hold your hats, Raiders rumors fans. If you have been waiting for the blockbuster move out of Oakland Raiders general manager Reggie McKenzie this offseason, it may be coming down the turnpike.

According to NFL Network insider Ian Rapoport, the Oakland Raiders have called the Philadelphia Eagles in regard to a possible trade for star wide receiver DeSean Jackson--

I said early the #Jets were among the teams that called the #Eagles about DeSean Jackson. Two others: #Panthers & #Raiders. Lots of interest

The Oakland Raiders' cross-Bay rivals, the San Francisco 49ers, have also been linked to the former California Golden Bears standout. However, the Oakland Raiders could be a front-runner due to their $30 million plus in cap space--along with their "win now" mantra, evidenced by a litany of veteran free agent signings over the past week.

DeSean Jackson had a coming-out party during his 2013 season with the Eagles, posting career-highs in receiving yards (1,332) and receptions (82), along with tying a career-high with nine touchdown catches.

The Philadelphia Eagles have made it abundantly clear that they expect no less than a third-round pick in the 2014 NFL Draft--and perhaps more.

We'll have to wait and see, Raiders rumors fans, if the Oakland Raiders are willing to make that kind of commitment to land the three-time NFL Pro Bowler.