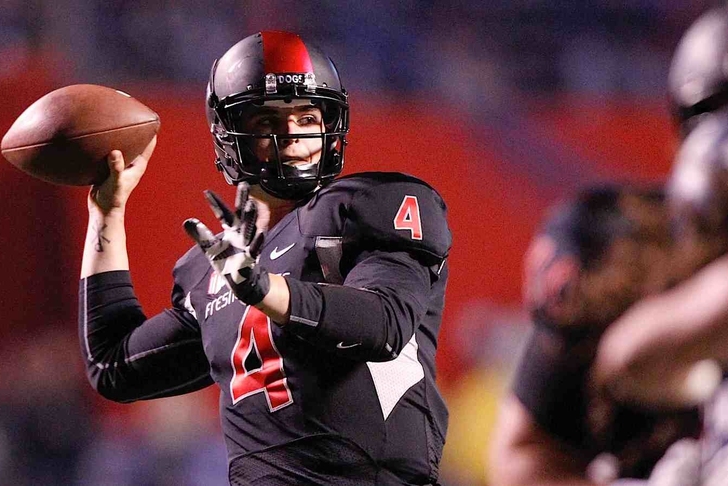 Raiders rumors have been linked to almost every available quarterback in the draft, trade, and free agent market. Now, a draft prospect who spent his collegiate career playing in Northern California looks to be stealing all of the spotlight.

How impressive was the potential Oakland Raiders quarterback of the future? Fresno Bee columist Marek Warszawski breaks down the raw numbers, which speak for themselves--

Derek Carr's draft stock has risen dramatically over the past couple of months. As recent as early February, several analysts had Carr as the seventh or eighth best quarterback in the draft.

Now, most pundits have him being picked no later than the eighth overall pick (to Minnesota.)

The Oakland Raiders have also expressed interest former Louisville Cardinals quarterback Teddy Bridgewater-- and with just under two months until May's NFL Draft -- don't expect anything whatsoever to set itself perfectly in stone.

Get Raiders rumors before they become news. Follow our Raiders team page today.