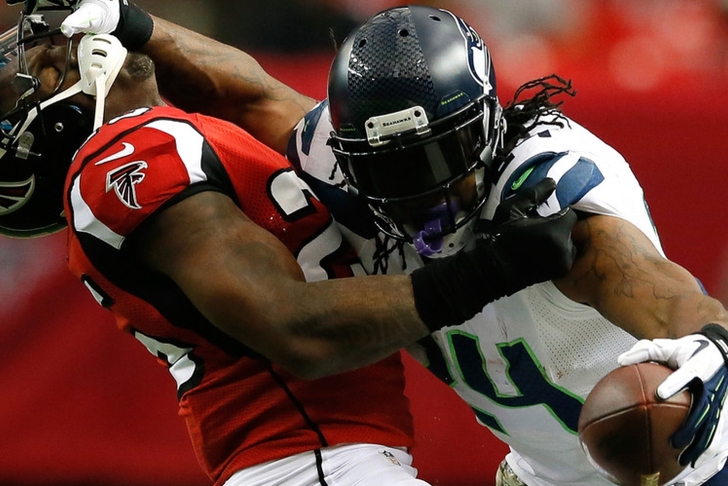 The Oakland Raiders ranked dead last in the NFL in rushing yards per game during the 2014 campaign, so it's no surprise that the Raiders are looking at options to overhaul their running attack heading into the long offseason ahead.

One option that could be out there for the Raiders is Seattle Seahawks running back Marshawn Lynch - an instant game-changer that Oakland has "a small window of opportunity" to make a run at, per Marcus Thompson II of the San Jose Mercury:

And that's where the Raiders should come in. Seattle management, as shrewd as any in the league, would rather get something for Lynch than release him. Raiders G.M. Reggie McKenzie should be getting an offer ready right now.

How many All-Pro players want to join the 3-13 Raiders? Lynch, who made second-team All-Pro this year, is the only one. The Raiders could score big points with their die-hard fans and possibly boost their momentum for a new stadium by landing such a name. That's a break for the Raiders, one of the league's best backs having a pre-existing love for Oakland.

"Are you kidding me?" a source close to Lynch said, requesting anonymity. "That would be a dream come true."

"He's got Oakland tattooed on his back," said another source close to Lynch, putting it simply.

Lynch has one year left on his deal with the Seahawks, but if Seattle is willing to play ball trade-wise, don't be surprised if Oakland uses part of their cache of draft picks to get a deal done.