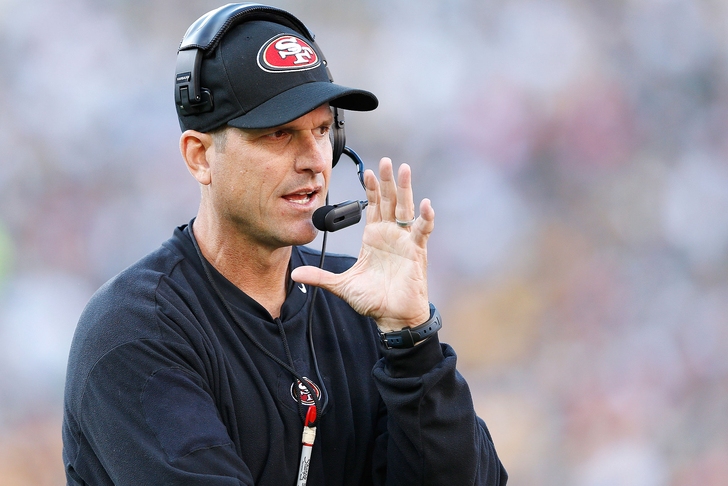 The Oakland Raiders appear willing to bet the farm on San Francisco 49ers head coach Jim Harbaugh if the 49ers are willing to engage the team in trade talks for the embattled coach this offseason.

According to NFL.com's Michael Silver, the Raiders could very well go all-in on Harbaugh when it comes to facilitating a trade this offseason:

"Expect the Raiders, quite possibly, to make a big, big bid to get [Harbaugh]." -@MikeSilver

Harbaugh functioned as the Raiders' quarterbacks coach in 2002-03, and has previously expressed his respect for both the organization and late owner Al Davis.

What a "big, big bid" means in reality is still unclear. The Raiders received the Tampa Bay Buccaneers' 1st and 2nd round picks in the 2002 NFL Draft, 1st round pick in 2003, and 2nd round pick in 2004 for Jon Gruden, but it's unlikely the Raiders would even consider anything close to such a package unless Harbaugh consented to a sign-and-trade to extend his current contract which expires after the 2015 season.