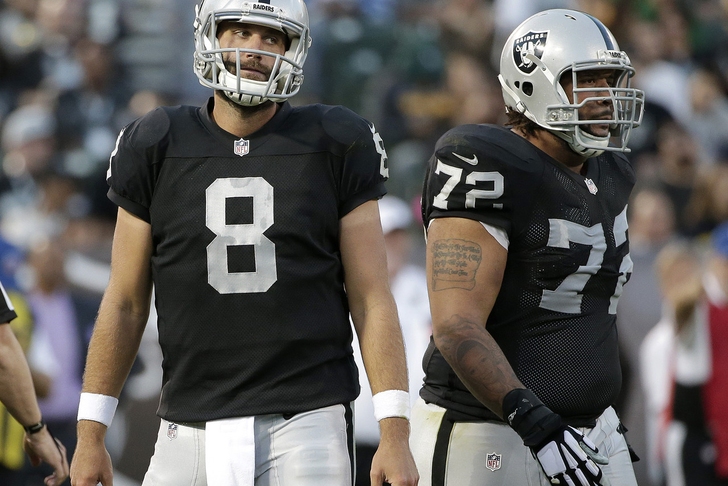 According to Jason La Canfora of CBS Sports, "the Raiders would be willing to deal expensive back-up quarterback Matt Schaub, sources said, but there is not much of a market for him."

The former Houston Texans starting quarterback has thrown exactly one pass for the Oakland Raiders during the regular season. That came in Sunday's road game against the Cleveland Browns on a fake field goal attempt. It resulted in a interception.

In addition, Schaub's contract may be prohibitive for some teams looking for a quarterback. The 33-year-old has one year left on his two-year, $13.5 million deal. He is slated to make $5.5 million in 2015.

While that's not exactly an exorbitant sum, Schaub has done little to prove over the last year-and-a-half that's he's worth that from a financial investment standpoint.

That's not to say that a team in desperate need won't come calling. However, the house money is on Schaub remaining a Raider at least through the end of the 2014 season.