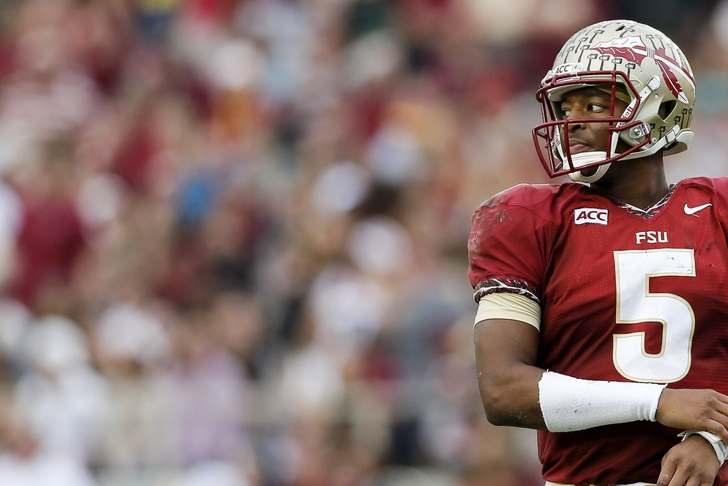 The Oakland Raiders are in prime position to land a top prospect at a position of need with the fourth pick of the 2015 NFL Draft.

However, if 2013 Heisman Trophy winner Jameis Winston happens to fall out of the top 3 on April 30th, don't be surprised if the Silver and Black consider a one-sided trade to a team desperate to find a quarterback.

I think the most likely scenario in which Oakland could trade the pick is if Florida State quarterback Jameis Winston falls to No. 4 and the Raiders can benefit from a desperate team aiming to make the trade. That is probably an unlikely scenario though. I could see Tennessee either taking Winston or trading the No. 2 pick. Because there are going to be so many quality options as far pass-rushers go, and because Alabama receiver Amari Cooper will likely be there, I'd think the Raiders will be inclined to stay at No. 4.

All signs are pointing to the Raiders staying put, by stay tuned as things can turn on a dime when the NFL Draft is involved.