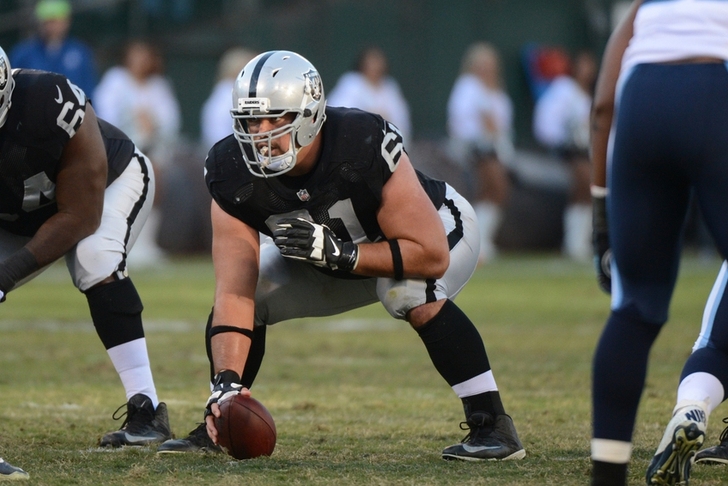 Oakland Raiders center Stefen Wisniewski is set to become a free agent in March, leaving GM Reggie McKenzie with a tough decision about his future with the team.

Wisniewski isn’t an elite center, but wants a significant increase to the $938,000 he made in base salary in 2014. Fourteen other centers in the league make an average of $3 million or more, and Wisniewski is likely seeking a deal around that figure.

Wisniewski has missed only three starts over the past four seasons while anchoring Oakland’s offensive line.

He gave up ony one sack according to Pro Football Focus, and was responsible for just three of the hits absorbed by quarterback Derek Carr all season, all of which are huge positives.

However, Pro Football Focus ranked Wisniewski just 22nd out of the NFL’s 32 centers.

The Raiders don’t agree with his asking price and seem willing to let Wisniewski hit the free agent market. They could use the franchise tag on him, but that would end up costing the team more than if they were to meet Wisniewski’s current asking price.